‘Maidaan’ to release in theatres on August 13 next year 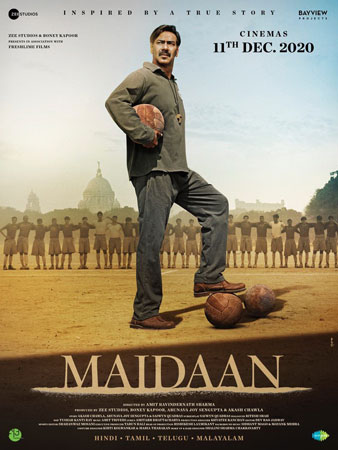 The Ajay Devgn-starrer sports drama “Maidaan” has been confirmed for a theatrical release on August 13, 2021.

Amit Ravindernath Sharma’s “Maidaan” is based on the “golden years of Indian Football”. Ajay’s character is said to be based on the legendary coach Syed Abdul Rahim, who is widely considered the founding father of Indian football. Rahim was manager of the Indian national football team from 1950 until his death in 1963. He is regarded as the architect of modern Indian football.

The screenplay and dialogues are written by Saiwyn Quadras and Ritesh Shah respectively.