There is evidence that businessmen became a more dominant class between 1830 and 1900 than they had been before. Equalitarianism influenced them, not by weakening their power, but by making this more economic than social. Technology made possible new and greater fortunes. At the same time, equalitarianism undermined certain social ideals, which had tempered the older quest for wealth. The textile manufactures of 1850 or the railroad magnates of 1875 sought wealth as a means to power and accumulated more than could be used for personal comfort or even for social display. Their neglect of the genteel tradition and its cultural implications probably resulted from several circumstances. They were nouveau riches, in a day when equalitarianism had robbed gentility of much of its older prestige. Moreover, they were businessmen at a time when a business like science was becoming more complex and technical. The very scale and tempo of industrial expansion, especially after 1850, were to absorb all of man’s time and interest. Adequate had not yet been initiated to get an idea of the thought of this class of their folklore ideals, rationalisations, and 50 on. But they seem to have been more ruthless than were the older merchants or planters in demanding efficiency and profits. Far from challenging this sense of values, the masses made it their own, Common man could not even “get ahead” in the American environment by emulating the millionaires? The ideals of American business leaders became the ideals of the great majority of the people, though only a few were themselves endowed with the talent for leadership. Under these circumstances, “radical” movements like Marxian socialism made a small appeal. Hence, the masses received no such indoctrination in the values of science as might have come from the source. They either unconsciously accepted the businessman’s evaluations or remained indifferent to the whole matter.

On the other hand, industrial leaders were in a position to support basic science, if they had so desired. Without waiting for mass enlightenment or possible government aid, they could have provided philanthropic endowments or direct subsidies for corporation research. But of all intellectual or cultural activities, theoretical science was the least likely to appeal to them. The most ruthless magnate might enjoy literature of some sort and appreciate the ornamental quality of the fine arts, but why should he encourage the “idle curiosity” of research men? Such curiosity was neither interesting nor ornamental.

The most ruthless magnate might enjoy literature of some sort and appreciate the ornamental quality of the fine arts, but why should he encourage the “idle curiosity” of research men?

There was nothing in his own experience to suggest that out of basic science would come ultimately applications and profits. And although this probability had been demonstrated in the past, the self-made industrialist was not usually familiar with so “impractical” a subject as the history of science.

Even if they had known the ultimate value of theoretical science for technology, it is doubtful if “big” businessmen would have supported the former as long as the connection seemed remote. Living in a highly competitive “get-rich-quick” environment. They were interested in immediate rather than in ultimate results. There was an analogy with the common tendency of most Americans, formers as well as manufacturers, to exploit the resources of the moment without regard to the long-run consequences.

It is true that merchants and manufacturers were sometimes defended against those who condemned their materialism and that defence included the claim that their activities encouraged science. The view here advanced by Conservative Americans was strangely enough, similar to that emphasised by many later Marxists. That is that the greater part of science had in the past grown out of response to economic needs. But even in such analysis, it was clear that Americans Conceived of science-primarily in terms of its applications and were hardly conscious of theoretical Science as Such.

The proof of the role of businessmen in the American neglect of basic research before about 1900, is to be observed in their support of this same process after that time. The rather sudden emergence of basic science in the united states can be largely ascribed to the support of business leader-support which was provided only after science had reached a point where its implications for technology become more apparent. There was, between 1900 and 1940, a gradual increase in popular appreciation of the relations between basic and applied research, and a consequent growth of government aid for both procedures. But this was preceded by more immediate aid extended to basic science by private wealth. Indeed, both popular interest and government subsidies may be interpreted as a response to the earlier research achievements of the universities, foundations, and corporations which were financed so largely in this recent Eva of a business leader.

There was the successful cultivation of American literature during the nineteenth century, in contrast to the relative neglect of basic Science. Tocqueville, the French observer, was correct in believing that equalitarianism would influence literature but was misled in the view that the quality of this art would decline under the levelling impact of democracy. There were, of course, critics who lamented the influence of commercialism and vulgar taste upon the arts, and there was certainly much that was banal in the popular literature output. But what happened, in the long run, was that superior literature as it has been judged abroad, as well as in the United States was diverted and modified, rather than inhibited by mass tastes and the dominance of business ideals. Earlier than in any other country, the united states produced literature written by the middle classes and aimed at the masses.

It is not surprising, given all the circumstances. Noted, that “Pure” Science made little headway. But it is rather striking that so little basic research grew out of extensively applied activities. It seems clear, therefore, that economic interests and technology will not of themselves lead automatically into basic investigations. Other variables influence the outcome. The laissez-faire principles were opposed to government planning and even to government aid for science, but would not in themselves have discouraged private support.

A more complete explanation of American neglect may be found in the analysis of simultaneous changes like Science and in the composition of society, each of which interacted on the other in a complex manner. A more technical and specialised science, on the one hand, and a more equalitarian and industrialised society on the other, each played a part in producing the results.

Aristocratic support was never strong in the united states and largely disappeared thereafter in 1830. It was more persistent in England but flourished most in the German and other Continental universities. It had the merit of assuring complete freedom to individual scientists, and this permitted the greatest among them to open up hitherto un-known and therefore unpredictable areas which subsequently proved of the greatest utility.

In a word, aristocratic support enabled basic science to advance to a technical point at which its value for industry became apparent even to the industrialists. The chief emphasis upon a “pure” science has developed since about 1890 in the research institutes and the universities. It is probably true that in both government and industrial science, the major American emphasis continues to relate to applied studies or such types of basic investigation as seems to promise most for utility shortly.

The writer is the former Director of the National Institute of Public Administration (NIPA), Government of Pakistan, a political analyst, a public policy expert, and a published author. His book, “Post 9/11 Pakistan” was published in the US. His book, “Existential Question for Pakistan,” was recently launched and highly recommended as a must-read for everyone. 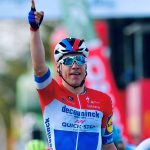 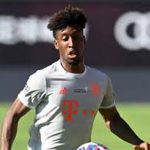 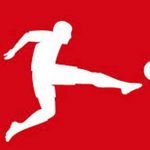 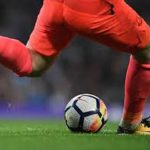 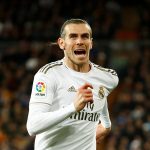