What’s in a meme?

The article refers to the parallel group created on social media and dark content. It is not focusing on anybody who may be wrongfully accused in any case, which is ensuing. It deals with the focal point of what is a harmless joke vs malicious content and the proactive measures of the society to discuss cyber threats in the form of harassment.

The right to express freedom of speech was invoked a few days earlier by students online when the seemingly harsh decision was taken to expel students from a known educational institution. This was about them making memes about their teachers. Many said that children will be children and memes about teachers are just harmless jokes being passed around. Except these were university students of collegiate level and considered to be adults anywhere else in the world. It was not until that the follow-up was done when some seasoned journalists got hold of the so-called memes that they changed their minds on defending the students. The punishment was apt in this case as the so-called memes were lewd images of digitally altered distasteful pictures. All of which was in actuality resorting to cyber harassment. Everybody who got the messages in their inbox or saw them said there was no way that this was considered a “meme”- but rather a cyber-crime case of harassment.

It has never been a big secret that students create chats and groups to discuss their teachers and institutions. All institutions know they exist and ignore what’s going on only because the groups are what they are– places for students to vent out their feelings. It’s a time-old tradition that is now taken up on digital chat groups. Students have made fun of their colleagues, teachers and the institutions openly and anonymously for years. However, the story revealed itself to be a lot bigger than what it first seemed to be. This is not just to highlight one institution as something gone wrong – this is to highlight an issue which needs to be spoken about as it can happen anywhere and in any place. The problem is the unwillingness to realise what jokes go too far.

Free speech does not, in any way, mean you can intentionally harm somebody else by that speech, or campaign against them

The opinions remain divided particularly in terms of where students are concerned and both sides have their aspects to it. This article is not here to judge either. One feels it is pertinent to speak about this in the line of things that have occurred. There are many sides of the story but some things must be discussed: 1) The making of memes 2) freedom of rights and free speech and 3) pro-active measures that can be set up for the case of ethics studies for the next generation.

What one would want to address is the fine line between a joke, a prank and what is really harmful and degrading to anybody, man or woman, whichever profession they are in. Lewd content with digitally altered images put online show clear intent to harm. A friend who is an educationalist abroad in Canada said that if the situation described was correct, it was a clear-cut case of bullying, cyber harassment and actually a cyber-crime. Bullying takes place with the intent to harm be it emotional or physical and there is no leeway given on those matters. She went ahead and even mentioned that social services were usually involved. She further indicated that there should be counselling for the students. Of course, she foretold of a situation if all this would be abroad. Here, it is a different story. And it is here that we need to inculcate the fine line between a harmless joke and something more vicious, which is a criminal offence. It is also concerning the droves of students who felt that they didn’t do anything wrong as many expressed their rights to freedom of expression were taken away. Maybe the thought can be given that the people who were defending this freedom of rights had not yet seen the graphic images and what they really were. However, if anybody had put up certain content considered so graphic that people were unwilling to share them online meant that there was something very wrong with them. A meme is described as an image, video, piece of text, etc., typically humorous in nature, which is copied and spread rapidly by Internet users, often with slight variations. However, the graphic nature of lewd content is an offence worldwide – it holds connotations of not just slander but being tagged as a criminal offence and reported as abusive content.

And this brings it up to the second point of the right to free speech. In this case, no voices of the freedom of rights were being oppressed in any manner. If one was old enough to do the crime and create a certain type of content, they knew exactly what they were doing. Even free speech has its limits. Free speech does not, in any way, mean you can intentionally harm somebody else by that speech, or campaign against them be they be from a particular race, gender, hold certain belief sets pr practice a profession. If it is deemed harmful or abusive, it’s not freedom of expression. It is just a clear intention to harm. These are the universally applied laws here.

It is imperative to note that if you are making a meme, it may be funny for the time being. If you are looking to take out as a form of release on somebody else. However, what you are really doing is flooding the internet with a form of bullying and with this behaviour you are setting yourself up in the long run. Households are made up of many people, including men, women, children and even friends who may just be in the limelight one day or the other. If we consider ourselves as citizens that set up the norm that this behaviour is all right, it may come to harm us as a society in the near future. We need to be thinking of where do we really want to head as a whole environment and society rather than the petty “takedowns” that are occurring. It is really not a joke when one is the target of slanderous or malicious content.

In whatever way the original story rolls out (as students have now claimed that the wrong group got expelled), and facts are uncovered over time, this article was taking an aspect of the type of cyber-harassment as a punishable offence as a focal point rather than pinpointing to a group of people. This is an overall issue that we, as a society, will need to take on. Perhaps, the start would be at the educational institutions themselves. With young children now studying online more than ever, talks and lectures on behavioural ethics, classes that inculcate social responsibility and how to use technology constructively would be great ideas to integrate into the curriculum. Our lives are basically spent online and the shift towards digital means is now the future. If we educate the upcoming generation on acceptable social behaviours, response mechanisms and responsibility, they can utilise the tools of technology for the greater good and productivity. 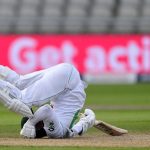 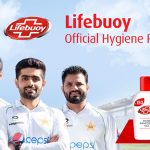