Degrees of 30 more pilots out of 262 turn out to be fake: minister 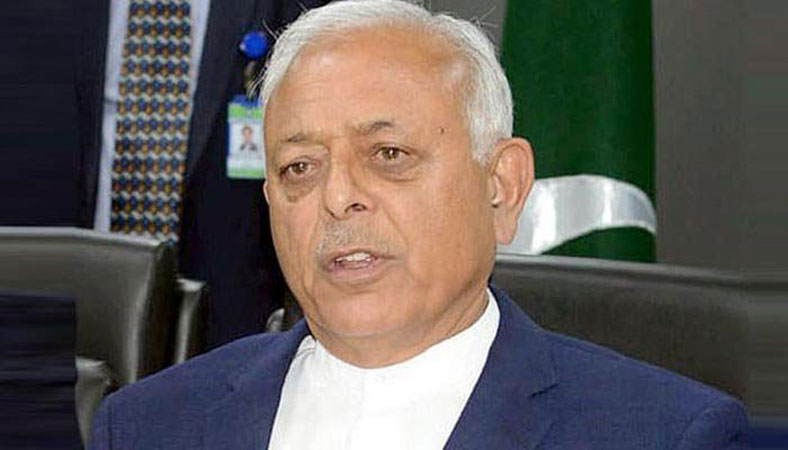 Federal Minister for Aviation Ghulam Sarwar Khan Saturday said that degrees of 30 more pilots out of the 262 pilots suspected of obtaining dubious licenses have turned out to be fake.

Talking to reporters after the swearing in ceremony of Prime Minister Tiger Force at Rawalpindi Arts Council, the aviation minister said that out of the overall pilots who were declared dubious, 141 of them belong to Pakistan International Airline (PIA) while nine of them work for Air Blue and Serene Air. “They have been grounded immediately,” he said.

He said that the flight operations to Europe remain suspended temporarily and the PIA has the right to appeal against the decision. “We will take stern action against the pilots who have been found possessing dubious or fake licenses,” said Ghulam Sarwar, while terming the PIA pilots as one of the most professional pilots. He said that they are cleaning the mess of the previous governments as neither pilots were recruited after 2018 nor any test was conducted to issue licenses during that period. “The Aviation Ministry saw political recruitments with 11 chief executives of the PIA replaced during the past 10 years,” he said, adding that they took over the PIA with Rs462 billion in debt.

The national flag carrier has not purchased any plane since 2006, the minister said. “We have to rectify our errors to make PIA one of the best airlines,” he said, adding that the case of five Civil Aviation Authority (CAA) officials posted at the licensing section will be referred to the Federal Investigation Agency (FIA) and no one will be spared for committing fraudulent activities.

He said that the airlines across the globe have suffered losses of $350 billion due to Covid-19 pandemic and many international airlines have terminated their staff due to the ongoing situation. “In the current situation, we have brought down PIA losses from Rs4bn to Rs1bn,” he said, adding that overall losses suffered by the national flag carrier during the pandemic have reached up to Rs6bn. He said that similarly, the CAA is suffering losses of Rs2bn weekly, making it a loss of Rs20bn in a moth in terms of flying charges it receives.

Earlier, addressing the ceremony, Ghulam Sarwar Khan landed the role of the Prime Minister’s Tiger Force and said that the force is giving its resources and time to the nation in difficult and unfavorable situation to serve the suffering humanity during pandemic without any greed. He said that the role of the PTI government under the leadership of Prime Minister Imran Khan during the epidemic has been exemplary, adding that due to timely government initiatives and planning, the public health system was strengthened and further mobilized. Due to this, there has been a significant reduction in deaths in Pakistan and the recovery rate has been better than the rest of the world, he added.

Meanwhi9le, Special Assistant to Prime Minister for Political Communication Dr Shahbaz Gill has said that most of the fake exams for pilot licenses were passed during the time of former prime minister Shahid Khaqan Abbasi. He said that because Abbasi and PML-N had made political recruitments in PIA during their tenure, the ex-PM’s personal airline was in profit while the state-owned airline was posting huge losses.