Steps taken for safety of people during rains in Sindh: minister 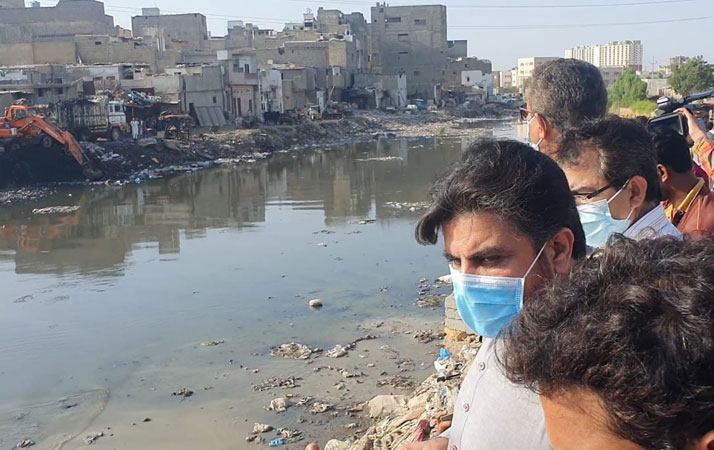 Sindh Minister for Information & Local Government Syed Nasir Hussain Shah has said that the provincial government has taken steps to save the people from expected heavy rains.

He expressed his views on reviewing the performance report of the nullahs cleaning campaign which was inaugurated by him on Thursday. Nasir Shah said that according to the alert released by NDMA, more heavy rains are expected this year. So in order to save the precious lives and valuables of the people, Sind Government has decided to clean up all the rain Nallahs in advance. Chief Minister Sind has allocated special grant for the Nallahs of DMC.

Minister Information said that the mission of cleaning the rain Nallahs is one of the most important and sensitive matter for the Sind Government and on the request of Chief Minister Sind the World Bank issued huge funds for the purpose. He assured that Government of Sind will keep all the steps of Nallahs cleaning transparent and crystal clear as all the contractors will be paid after the completion of work. Nasir shah said that all the stake holders are on one page for this matter as every possible step would be taken to save the people from any critical situation.