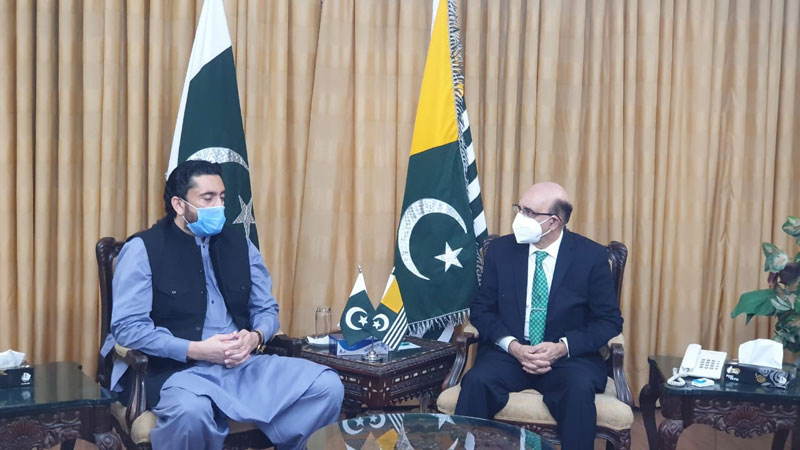 Both the leaders discussed in details the developing situation in IHK in wake of the wave of killing spree unleashed by occupying Indian army and other agencies across Kashmir and illegal arrests of freedom Kashmiris. They said the new aggression by Indian forces in Kashmir is aimed at suppressing voices of Kashmiris against the illegal actions of the Fascist Hindutva regime including the issuance of domicile certificates to Indian nationals to change the Muslim-majority identity of occupied. They warned India against issuance of mining licenses to Indian nations, saying such an illegal acts would further enrage the people of IHK.

Shehryar Afridi also briefed the Azad Kashmir President on the developments taking place in Ladakh and said that the situation may aggravate anytime and one cannot rule out a war on Kashmir between India and China – both nuclear-armed countries. He said that Pakistan and Kashmiris also may not remain aloof to any war and any escalation may destabilise the entire region. He said that the illegal move by forcefully annexing Kashmir which has triggered the border rift in Ladakh.

The current situation in Kashmir was discussed in detail. Both the leaders urged the world community and the United Nations Security Council to take notice of the situation and take measures to convince India to give end the illegal occupation of Kashmir. They agreed to adopt a new strategy to defeat false Indian narrative politically and diplomatically on all fronts.