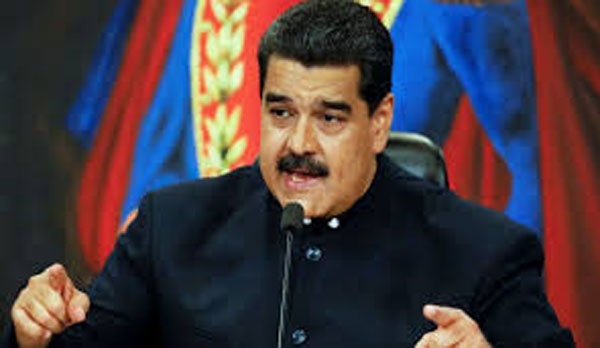 The ruling came in a dispute over $1 billion in gold reserves that Venezuela’s central bank wants released from the Bank of England to help fund the country’s response to the coronavirus crisis.

The Bank of England said it was unable to act on the instructions because it was “caught in the middle” of competing claims for the presidency after disputed elections in 2018.

The Venezuelan central bank’s board was appointed by the government of President Nicolas Maduro, successor to the late anti-US populist Hugo Chavez.

A rival ad hoc board appointed by Western-backed Guaido had asked for the release to be denied.

Commercial Court judge Nigel Teare was asked to decide who had the authority to make the demand — Guaido or Maduro.

The judge added that it was impossible to recognise both men as president.

Maduro’s government described the move as “absurd and extraordinary” as he called for a probe into the matter.

Vice President Delcy Rodriguez said Maduro had “asked the Venezuelan courts to immediately open an investigation with the aim of determining the criminal responsibility of those participating in this blatant piracy of Venezuelan gold.”

A lawyer for the Maduro-appointed central bank board said his clients would file an appeal.

But Guaido’s London envoy hailed the ruling as “a victory for the Venezuelan people”.

“Our intention now, as always, is to safeguard the gold of the national reserve for the Venezuelan people,” opposition envoy Vanessa Neumann told AFP.

“We want to make clear that we never sought the gold.”

Guaido added on Twitter: “We’ve protected the gold reserves from the clutches of the dictatorship.”

Hundreds of thousands of Venezuelans fled to neighbouring countries in search of food and safety as the poverty-stricken country plunged into chaos.

Maduro’s claim on the presidency is mainly supported by Russia and Cuba.

Guiado’s January 2019 claim to the presidency had been backed by the United States and around 60 other countries.

But the opposition movement has been riven by internal conflicts, and Maduro’s grip on power has held.

The leftist leader said last month that he was “prepared to speak respectfully with President Trump” and the White House chief said he “would maybe think about” meeting Maduro.

Maduro started off working as a bus driver before becoming a trade union leader and then getting elected to the country’s legislature in 2000.

He succeeded Chavez after his death in 2013 but pursued many of the same policies with the same iron grip on power.

The once prosperous country — home to the world’s largest untapped oil reserves — has continued its decline into poverty throughout his rule.

The Maduro-appointed central bank board lawyer Sarosh Zaiwalla said Thursday’s judgement “entirely ignores the reality of the situation on the ground.”

“Mr Maduro’s government is in complete control of Venezuela and its administrative institutions, and only it can ensure the distribution of the humanitarian relief and medical supplies needed to combat the coronavirus pandemic,” he said.

He added: “This outcome will now delay matters further, to the detriment of the Venezuelan people, whose lives are at risk.”