Another wave of locusts coming from India to Pakistan in July 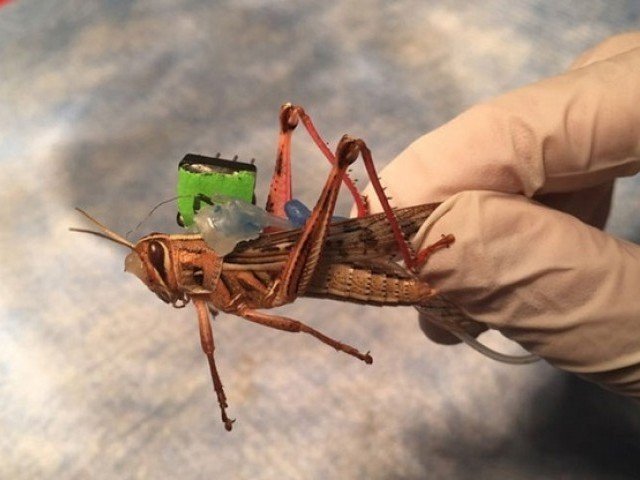 ISLAMABAD: In the monsoon, the locust will return to Thar and Cholistan from Rajasthan (India). This statement was made by Federal Minister for Food Security and Research, Syed Fakhr Imam while talking to media on Friday.

He further said that the efforts of Engineer-in-Chief, Ministry of National Food Security, NDMA and PDMA for eradication of locust are commendable. The locust did a lot of damage in the Horn of Africa. Locusts attacked in 10 states of India. Spray is done by plane in Balochistan.Syed Fakhr Imam said that a locust swarm of size of city of Moscow attacked Somalia. Syed Fakhr Imam said that locust attack in Punjab and Khyber Pakhtunkhwa has been relatively weak till yesterday. Syed Fakhr Imam explained that 966 joint teams are participating in operation in affected areas of 32 districts, and a survey has been conducted on 9.53 crore acres and a control operation has been carried out on 22.92 acres. More than 5,082 people and 648 vehicles took part in the survey and control operation.

Syed Fakhr Imam said that 5 helicopters of Pakistan Army are being used. 5 planes will be leased. 20 planes will be used for locust control. After that, the meeting of the NLCC began under chairmanship of Federal Minister Syed Fakhar Imam and Engineer-in-Chief Lt. Gen. Moazzam Ijaz. Secretary National Food Security,Omer Hamid Khan started briefing by telling that Ministry of National Food Security and Research(MNFS&R) is ensuring maximum financing for anti-locusts operation. For this purpose World Bank (WB) has promised USD 200 mn and ADB USD 200 mn. The promised WB finance will be considered under Locusts Emergency and Food Security Project (LEAFS).

The PC I has also been prepared and will be submitted in upcoming meeting of CDWP.LEAFS is the first federal agricultural project financed by the World Bank in Pakistan. This is a direct response to the consensus that MNFS&R’s policy function and coordination role across provinces should be significantly strengthened. MNFS&R is responsible for overall project implementation The project cost envelope is 200 Million USD.

Emergency and Food Security (LEAFS) project will comprise of 4 main components, including surveillance and control measures to limit the growth and spread of current desert locust populations, while mitigating the risks on human health and environment. Second component is livelihood protection and rehabilitation to provide a robust protection scheme that ensures immediate relief to affected farmers and livestock owners. Third is early warning preparedness and food security to strengthen national capacity for early warning and early response, linking these efforts to regional (outside of Pakistan) and provincial (domestic) existing locust surveillance and control networks. The fourth component is project management, and monitoring and evaluation to support the Project Management Unit’s (PMU) capacity to ensure high quality project implementation.

Later on DG Meteorological Department briefed about upcoming monsoon season. During briefing Balochistan mentioned that there are pre mature adult locusts in 26 districts of province. There is an urgent need of deployment of teams in Chaghi,Panjgur and Gawadar as there is a threat of locusts from Iran. A representative of the Ministry of Information Technology suggested that a database be created at the federal level for locust data. A representative from Punjab mentioned that in last 24 jours,locust operation was conducted in Cholistan and Rajanpur.In Punjab,15,609 mouza level locusts control committees are present.Dr. Mubarak,FAO, described the latest situation of locust.He said that there is expected migration of locusts from Horn of Africa.