At least sixteen people have been killed as a train struck a passenger van at an unmanned railway crossing near Sheikhpura. 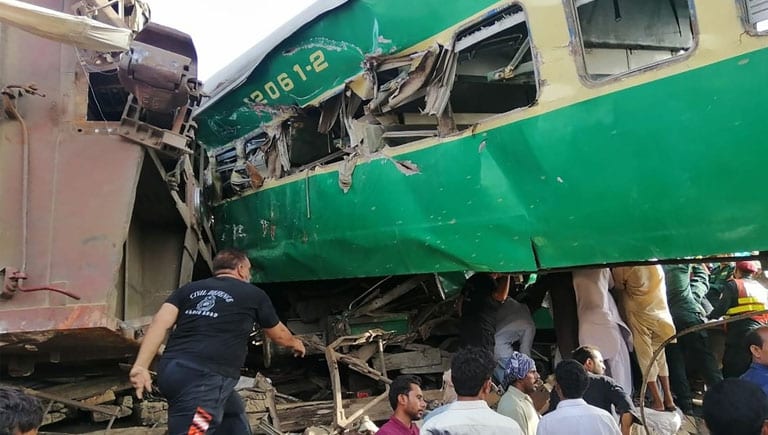 The Shah Hussain Express was going from Karachi to Lahore when it struck a van at an unmanned railway crossing between Farooqabad and Behali railway station, a railway spokesman confirmed.

A passenger van of Sikh pilgrims was rammed by the train. DPO Sheikhupura confirmed that at least 15 Sikhs were killed in the accident.

The bodies have been shifted to a local hospital and rescue operation has been completed. The injured were provided first aid by locals at the time of the accident. Railways authorities have cleared the track and train operation have resumed.

Earlier, 4 people, including two children, were killed on Saturday when a train collided with a packed motorcycle rickshaw at a railway crossing in Sheikupura district.