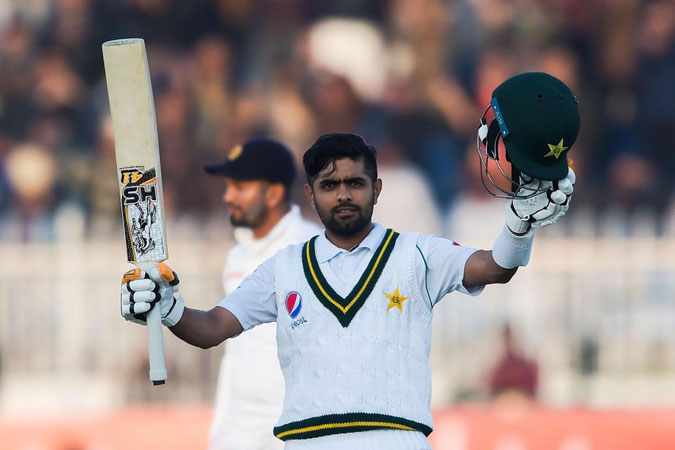 LAHORE: Pakistan’s batting star and limited-overs captain Babar Azam has once again reiterated his stand on comparison with Virat Kohli, saying he doesn’t want to be compared to the India captain. Babar said Thursday that he would be glad if people compare him with Pakistan batting legends Javed Miandad, Mohammad Yousuf and Younis Khan. Over the last few years, Babar’s performances across all formats of the game have led to fans and experts likening him to Kohli. However, the Pakistan batsman has often maintained that he and Kohli are ‘different kinds of players’.

While Babar is the No.1-ranked T20I batsman, Kohli is the No. 1 in ODI cricket. The 25-year-old averages over 50 in ODI and T20Is and a little over than 45 in Tests while not having played as much as his Indian counterpart. “I don’t want to be compared with Virat Kohli. It would be better if people compare me with one of the Pakistan legends like Javed Miandad, Mohammad Yousuf or Younis Khan,” Babar said while speaking to Pakistan media from Worcestershire on Thursday.

Babar was part of the 20-member Pakistan squad that tested negative for Covid-19 last month and arrived in England for the much-anticipated three-Test series in August-September. Babar began training as early as Wednesday after arriving in the UK on Sunday last. Babar along with his teammates and 11 support staff have been in quarantine in a bio-secure facility at Worcestershire.

Speaking about Pakistan’s chances of beating England in the Test series, Babar said he was confident that the young pace bowling attack would be able to trouble England’s top-order. The right-handed batsman was also optimistic about winning the Test series against the home side. “We performed well on our previous tour of England which is why players are eagerly looking forward to the series. We are currently focused on winning the Test series as that is our first goal on the tour. England have the home advantage but our bowlers will give tough time to their batsmen. We will target their fragile Test top-order. Mohammad Abbas is experienced while Naseem Shah and Shaheen Afridi have a lot of potential. We have high expectations from our bowlers.” Babar also said he was targeting consistency in batting and is hoping to score a hundred in the Old Blighty in the upcoming series. “When you score a century, you naturally want to go on and convert that into a double or a triple century. This is something I would like to do during the Test series,” Babar said. “I like to play my natural game but my selection of shots depends on the conditions and bowlers.”