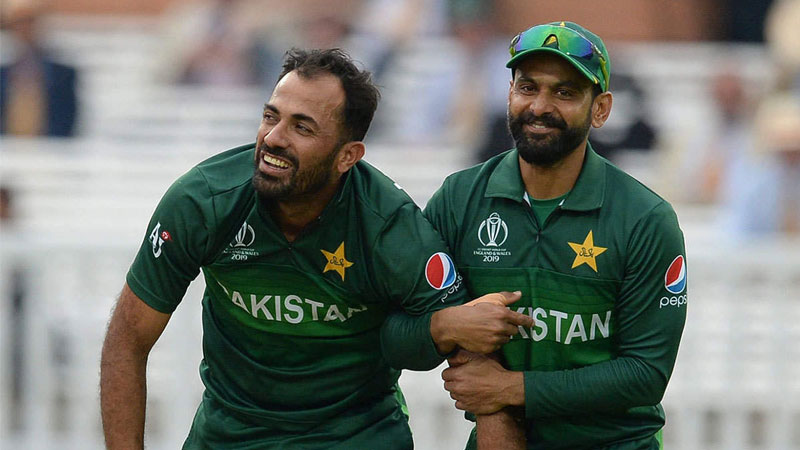 LAHORE: The remaining six cricketers, who could not leave for England with the rest of the Pakistan squad on Sunday last, while they awaited the results of their second Covid-19 tests, are all set to depart for Worcester on Friday (today) early morning to join the national team there. Pakistan on their England tour are scheduled to play three Tests and as many T20 Internationals. The series tentatively starts from August 5 with the first Test. The six players who will leave Lahore for Manchester on a PIA flight include Fakhar Zaman, Mohammad Hasnain, Mohammad Hafeez, Mohammad Rizwan, Shadab Khan and Wahab Riaz. This will be PIA’s last flight for Manchester from Lahore as England has suspended PIA flights for six months recently after the government of Pakistan grounded a significant number of pilots, due to doubts about their professional degrees.

Meanwhile, the Pakistan team management in Worcester issued a training programme for the national squad, while remaining in quarantine for a 14-day period that started on June 30, after the Covid-19 tests of all 32 members of the squad — 20 players and 12 officials — conducted by the England and Wales Cricket Board came negative. However, the Pakistan team are allowed to train during the period of quarantine. Their training started on Thursday with two 3-hour sessions — first in the morning and the second in afternoon. The same schedule will be followed on Friday (today). After a break on Saturday, a two-day intra-squad match will be played on Sunday and Monday. The training continues till July 12 after which the squad will travel to Derby on July 13. Though the two cricket boards could not announce the itinerary of the Test and T20I series, tentatively, the first Test is scheduled to start on Aug 5 and the last T20 for Sept 1.