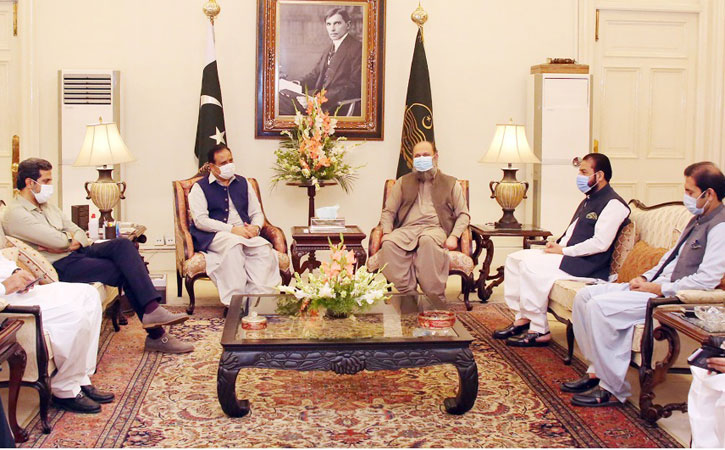 CM Usman Buzdar stated that the Punjab government has taken every necessary step to overcome the spread of the virus and further taken different measures to save crops from locust attack. The crops are not much damaged due to governmental efforts and line departments are further directed to ensure the safety of crops from the next possible locust attack, he said. Usman Buzdar reiterated that Punjab will continue to serve the people living in Balochistan. The development of Balochistan is as dear as that of Punjab, he added. The CM informed that a technical college will be established in Kharan, a community centre will be set up in Taftan and the 100-bed hospital will also be constructed in Turbat for which 1.25 billion rupees are allocated in the budget. He assured that Punjab will make every effort to serve the residents of Balochistan province and further said that funds have been provided to restore the mausoleum of Mir Chakar-e-Azam Rind in Okara. Both the provinces will move forward jointly in the journey of development, he said. The people of Balochistan are patriotic and hardworking and Balochistan is very near to my heart, he further added. Usman Buzdar stated the Punjab government will continue to extend every possible cooperation for the development of Balochistan province and inter-provincial harmony will be further promoted.

CM Balochistan Jam Kamal Khan thanked the Punjab government for the restoration of the mausoleum of Mir Chakar-e-Azam Rind. We consider Punjab as our home and the inter-provincial harmony is more needed than before. The public welfare journey will be extended forward while benefiting from each other’s experiences, he added.

Chief Minister Punjab Sardar Usman Buzdar has strongly condemned the unprovoked firing of Indian army on civilian population along LOC and martyrdom of youth in the village of Leepa Sector. He extended sympathies to the bereaved heirs and regretted that India is blatantly violating all international laws and human rights principles by targeting the civilians. It is a very condemnable and cowardly act of the Indian Army and brutalities of the Hindu supremacist Modi regime is a threat to regional peace, he deplored. India should not remain in any confusion as Pakistan Army has the fullest capability to give a befitting reply to Indian aggression and the nation is firmly standing with the brave armed forces of Pakistan, the CM added.

Chief Minister Punjab Sardar Usman Buzdar has sought a report from CCPO Lahore about the occurrence of girl students’ harassment in a private school of the provincial metropolis. He ordered an impartial enquiry adding that such incidences are intolerable. Legal action will be initiated against the responsible elements because they do not deserve any leniency and the harassed students will be provided justice at every cost, the CM added.