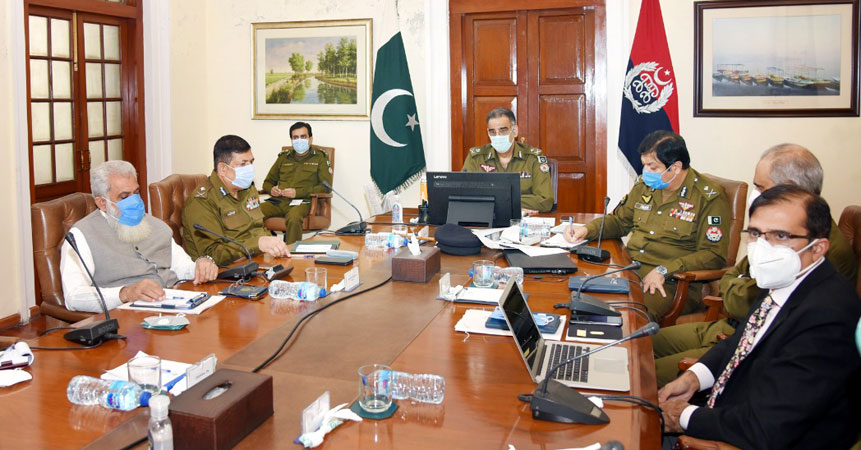 Punjab Police Inspector General Shoaib Dastgir said that torture or death under police custody and illegal detention of any citizen is not tolerable at any cost and actions should be ensured under zero tolerance against the responsible persons whereas in summer and suffocating weather provision of hygienic and ventilated environment should be ensured in lock ups of police stations in all districts of the province.

He moreover said that elimination of crimes regarding children and women especially sexual abuses are among my top priorities so full advantage should be taken from forensic science and geo fencing for strict punishment of such criminals. Upon receiving of ISO certificates to four police stations of Faisalabad, it has been declared to award ceremonial certificates to Faisalabad Police and IG Punjab said that for quick provision of justice to the citizens and timely resolution of their issues, instant steps should be taken by modern IT projects and police station reforms. In this regard, if negligence and irresponsibility of any officer or officials is proved then there should be no delay in taking strict Departmental and legal actions against them.

Jhang Police stood first with its best performance regarding all categories of crime control. He added that, preferential steps must be ensured for eradication of heinous crimes like dacoity, murder and kidnapping on ransom so that property and lives of people may be saved by accountability of accused involved in such crimes. He stressed upon that actions should be surged against proclaimed offenders, court absconders and anti-social elements and DPOs should personally supervise crackdown against big rascals and drug peddlers. He moreover said that the accused involved in manufacturing of metallic strings and kites, selling and buying do not deserve any kind of leniency so all circle officers should speed actions against violators in their under control areas and under comprehensive strategies, take these violators implicate in such dangerous game behind the bars so that precious lives of citizens may be saved. He further said that accused involved in cursed business of drugs are monsters of the society and information based intelligence based operations should be continued for their complete elimination and small dealers along with giant dealers must be swept away.

He emphasized upon that there should be no concession against those involved in violation of loud speaker act, wall chalking and propagation of hatred based material and actions should be continued under national action plan. He added that, security plan of all sensitive offices, installations and important places should be reviewed and security arrangements should be made more effective under proactive monitoring and strategy .He further said that special attention should be given to security of religious places especially mosques, Imam bargahs, mausoleums of saints and worship places of minorities and security arrangements must be ensured in accordance with the devised SOPs by utilizing all available resources. In addition to it, the officials deputed over security should be briefed about the sensitivity of their duties in current circumstances so that they may perform their duties with more commitment and high alert. He further said that in order to contain spread of Corona, special attention should be given to abide by instructions and SOPs of the government. IGP directed that the areas which have been sealed under smart lockdown by the government, police teams should perform with full zeal and spirit in such areas. These views were expressed by him when he was directing to all RPOs and DPOs via video link conference. In the conference issues of Corona lockdown, graph of heinous crimes and security issues came under discussion.

In the conference all RPOs and DPOs apprised IG Punjab of heinous crimes graph and progress of Police teams in their respective regions and districts upon which IG Punjab issued orders for further improvement and effectiveness in administrative objectives and further said that the persons who upload videos of aerial firing and exhibition of arms do not deserve any leniency, and swift actions should be taken for such rascals and also process of coordination with other institutions for cancelation of their weapon license should be improved. He further said that, process of checking and monitoring on inter districts and inter provincial check posts should be tightened and if any district face shortage of resources, it should immediately contact to operations branch of central police office so that there should no delay in provision of resources. Addl IG IAB Azhar Hameed Khokhar, Addl IG operations Inam Ghani, Addl IG investigation Fayaz Ahmad Dev, Addl IG establishment BA Nasir, DIG Headquarters Syed Khurram Ali, DIG Legal Jawad Dogar, DIG Operations Sohail Akhtar Sukhera, DIG IT Waqas Nazeer and AIG operations Imran Kishwar along with other officers were present in the meeting.