It was July 5, 1977, past mid night at 0130 hours, “Operation Fair Play” was put into action on the orders of then chief of the army staff Gen Ziaul Haq, and the first directly elected prime minister of Pakistan along with the cabinet ministers and the opposition leaders were taken into “protective custody”. This was the start of a long eleven years of one man rule with absolute powers. That was the day when the democratic institutions of Pakistan were brutally murdered and crushed to make “A horrible example” of a man who initiated the atomic program for his country, who brought all the Muslim leaders under one roof in Lahore and who was adored and admired by all the world leaders of his time, and as a result of that “Operation fair play” the judicial murder of the most charismatic and popular leader of Pakistan took place on the early hours of April 4, 1979.

July 5 will always be remembered as one of the unfortunates darkest days in the history of Pakistan. It was the day when the democratic forces of the country suffered an unbearable loss, the inverse effects of which are still being felt. Had there been no such dark day in our history, Pakistan would have been standing proudly among the developed countries of the world with strong democratic institutions in place.

ZAB was the voice of the poor masses of the country; he was not only the undisputed leader of a very vast majority of the country but also of the third world

Zulfikar Ali Bhutto (ZAB) who was the prime minister of Pakistan and the chairman of the Islamic Conference till that unfortunate hour of July 5, 1979, took oath of the president of Pakistan on December 20, 1971, with the aim to “Pick up the pieces, very small pieces “.

ZAB was the voice of the poor masses of the country; he was not only the undisputed leader of a very vast majority of the country but also of the third world. The reasons behind the coup of 1979 will never be made public, and real faces behind that tragic event will always remain behind the curtain. The man who had at his credit historic achievements such as Shimla Summit in 1972, the constitution of 1973, unanimously adopted and agreed by all the federating units of the country, the Islamic summit of 1974, the starting of atomic program, the introduction of labor reforms and many more was removed from the scene of Pakistani politics at the darkness of night. The man who wanted to “make a new Pakistan, a prosperous and progressive Pakistan, a Pakistan free of exploitation, and a Pakistan envisaged by the Quaid-e-Azam”. Bhutto wanted to “rebuild hope in the future”, the hope of millions of poor man in the street. He was removed from the corridors of power to be hanged and his body was flown to Ghari Khuda Buksh to be buried in his ancestors graveyard under the cover of darkness, with his wife and Daughter of the East under house arrest and his sons living in a forced exile. His followers were barred from attending the funeral. 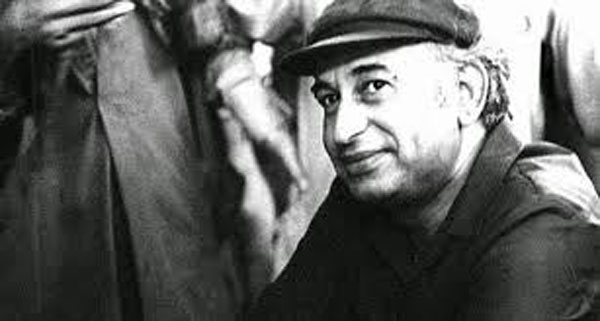 General elections were held on March 7 for the National Assembly and March 10 for four provincial assemblies. The results of the National Assembly gave a clear cut two third majority to the Pakistan People’s Party; the main opposition constituting of nine major political parties Pakistan national alliance refused to accept the election results alleging mass rigging on the direct orders of the prime minister and boycotted the provincial assemblies elections. A movement was launched by the PNA and after some months, the opposition and the ruling party agreed to come to the table to negotiate for a amicable solution and its said and widely believed that the opposition and the government had reached on an agreement which was to be signed on July 5, 1977, but before that an elected government was toppled.

Independent observers believe that though there were insistences of rigging in some constituencies and not on the instructions of the prime minister himself as ZAB was conscious of his name in history, such a person so widely read and respecting the democratic institutions would have never ordered a mass rigging. There were clear cases of rigging, snatching of ballot boxes, forcefully filling the ballot boxes by the opposition party PNA in the cities like Karachi and many other places where they had a clear support and charged workers force.

After the passage of many decades, it’s an open secret that the charges of rigging were simply a pretext for a plan of removing ZAB and his People’s Party from the corridors of power and to make ZAB “a horrible example”, which turned out to be “horrible” for Pakistan.

During the PNA movement against the so-called “rigging in general elections’ ‘, retired Air Marshal Asghar Khan wrote letters to the armed forces chiefs urging them to fulfill their constitutional duty that indirectly inviting the armed forces of Pakistan to interfere in the political set up of the country.

The events leading to “operation Fair Play” and its effects on the political economical and democratic institutions of the country became the subject of renowned, celebrated and distinguished writers and scholars who after in depth research and probe found out that there was not a mass scale rigging in the general elections and that certain foreign powers never wanted a man of such a caliber (ZAB) to be in power in Pakistan.

In 1985, UK based Pakistani writer Tariq Ali was asked by BBC to pen down a series based on the events of overthrow, trial and finally execution of ZAB which he did with the name of “The leopard and the fox”. As the rehearsals were about to begin, the BBC under pressure from foreign office decided to cancel the project. The serial is now available in the book form. BBC as is known around the world is an independent media house definitely there must be unavoidable circumstances or external pressure which even BBC could not stand and had to cancel the project. This is indicative of the role of foreign powers in the overthrow and subsequent hanging of ZAB.

The events of July 05,1977 were the result of week democratic institutions of the country, the greed of political leaders and parties to come into power by any means, taking refuge ad help of undemocratic forces

Today after 43 years while observing this black day, it’s the duty of every Pakistani to learn a lesson from history to show faith in the elected governments and to follow the democratic principles of tolerance and respect for all, and pray to Almighty that we don’t see another July 5.

The writer is a former marine engineer, presently serving in a private organisation. He can be reached at aamiraqil@gmail.com