The US Presidential election this year has the potential to be even more contentious and unpredictable than the last.

The Black Lives Matter movement and protests of police violence played a major role in the 2016 election, according to new research led by faculty from Northeastern University, the University of Massachusetts, Northwestern University, and George Mason University.

And, the protests happening around the world sparked by the death of George Floyd, a Black man in Minnesota who was killed in police custody, may prove to have a similar effect in the 2020 election.

As the race for the White House in 2020 is already on, the presidential campaign has gone quiet. But there’s little doubt that President Trump’s handling of the coronavirus pandemic will affect his political fate. His rallies have been canceled, but he’s getting plenty of airtime with his daily briefings at the White House.

With all this, Russian military intelligence unit secretly putting bounties on coalition forces led essentially by the American forces in Afghanistan, these bounties were offered to Taliban to kill them proves to be the last nail in the coffin.

Three Washington based New York times reporters broke a story, which looks like an Intelligence leak or white house leak.

According to US officials, the recovery of large amounts of American cash at a Taliban outpost in Afghanistan helped tip off. It is believed that at least one U.S. troop death was the result of the bounties. The intelligence was passed up from the U.S. Special Operations forces based in Afghanistan and led to a restricted high-level White House meeting in late March. According to the paper President Trump was also briefed on the activity in march, but no discernible action has been taken. This information was forwarded to British intelligence last week. So who gave the bounty, what is GRU’s and its Notorious Unit 29155.?

Notably, its published aims are the supply of military intelligence to the Russian president and government. Additional aims include ensuring Russia’s military, economic and technological security. The GRU answers directly to the chief of the general staff, Valery Gerasimov, and the Russian defense minister, Sergei Shoigu, each of whom are thought to have access to Russia’s portable nuclear briefcase. 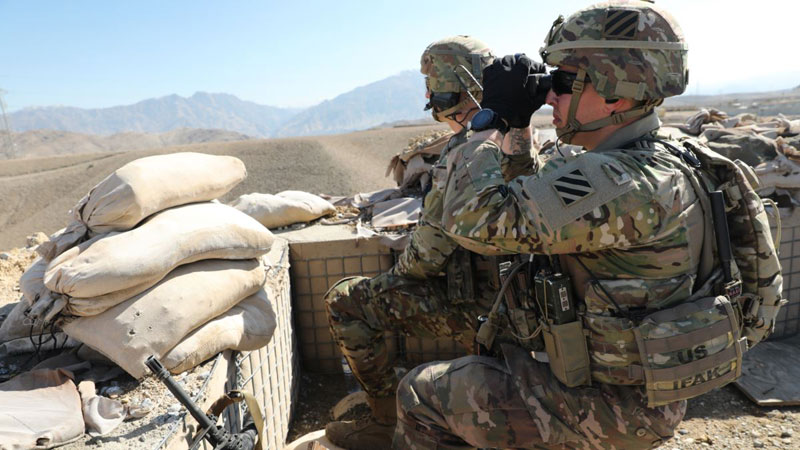 In recent years, it has been linked to assassination attempts aimed at destabilising the Western countries. Unit 29155 has been linked to an attempted coup in Montenegro, the poisoning of a Bulgarian arms manufacturer and subversion in Moldova.Unit 29155 is the elite subversion and assassination wing of the GRU, Russia’s military intelligence arm, whose agents were charged with the attempted murder of Sergei and Yulia Skripal in Salisbury in 2018.

This Information was forwarded months ago to pentagon by spies and commandos in the battle zone. Several people familiar with the matter said it was unclear exactly how many Americans or coalition troops from other countries may have been killed or targeted under the program. U.S. forces in Afghanistan suffered a total of 10 deaths from hostile gunfire or improvised bombs in 2018, and 16 in 2019. Two have been killed this year. In each of those years, several service members were also killed by what are known as “green on blue” hostile incidents by members of Afghan security forces, which are sometimes believed to have been infiltrated by the Taliban.

An intelligence official said the report is not particularly surprising given the fraught history between the U.S. and Russia. The U.S. armed Afghan fighters with missiles to shoot down Soviet helicopters in the 1980s when the Soviet Union was fighting in Afghanistan, part of a CIA covert action that killed many Russians. In 2018, U.S. forces killed a number of Russian mercenaries who were operating with pro-regime forces in Syria. This can be seen as a tit for tat by Russian Intelligence agencies.

According to a US diplomat, “Russian attempts to undermine NATO efforts in Afghanistan are not new,” said Tom Tugendhat, chair of the Foreign Affairs Select Committee. “We’ve seen incidents in the past but these accusations of encouraging the targeting of British and US forces are a step change and echo the warlike actions of the GRU in Salisbury. We need to recognise that we are in a contest that others are fighting even if we are not.”

Moreover, the bombshell report in the New York Times says there has been a major escalation by Moscow to undermine the White House and its coalition allies, including the UK, as President Trump seeks a peace deal with the Taliban. The revelation piles pressure on the UK to take robust action against the Kremlin amid continuing anger over the government’s delay in publishing a key report on Russian attempts to destabilise the UK.

However, everybody is denying the credibility of the NYT report, President Donald Trump said that U.S. intelligence officials had “just” told him there was no credible information suggesting Russian intelligence had offered to pay bounties to Taliban militants who killed American soldiers.

Because of this, intelligence officials had not initially reported the allegations to him or Vice President Mike Pence, Trump wrote in a tweet late Sunday.

“Too much hype is being created around outright fake news, which even Trump and his administration have denied. I consider it disgraceful for us to spend too much time commenting on blatant lies. It is clear that there are forces in the United States that do not want to leave Afghanistan, who want to justify their own failure. That’s what it’s all about,” Kabulov said.

A spokesman for the Taliban also called the accusations baseless.”Our target killings and assassinations were ongoing in years before, and we did it on our own resources,” Zabihullah Mujahid maintained.

He added that the Taliban had stopped attacking US and NATO forces after the peace deal in February. After the phased withdrawal of troops and lifting of sanctions. In return, the Taliban said they would not allow extremist groups to operate in areas they control.

In a nutshell, the revelations cast new doubt on the White House’s efforts to distance Trump from the Russian intelligence assessments.

The administration’s earlier awareness of the Russian efforts raises additional questions about why Trump did not take any punitive action against Moscow for efforts that put the lives of American service members at risk. Trump has sought throughout his time in office to improve relations with Russia and its president, Vladimir Putin, moving earlier this year to try to reinstate Russia as part of a group of world leaders it had been kicked out of.