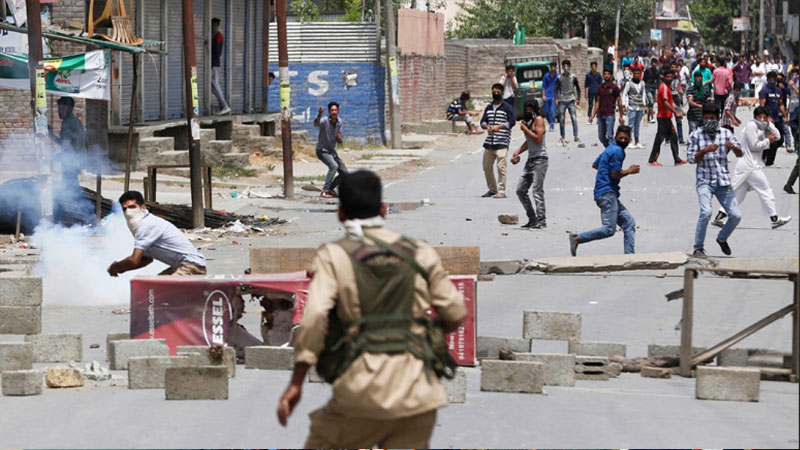 In occupied Kashmir, Indian troops in their fresh act of state terrorism, martyred two more Kashmiri youth in Islamabad district, today, taking the number of youth killed in the district since yesterday to five. The youth were killed by the troops during a cordon and search operation in Waghama area of the district. The troops killed three Kashmiri youth during a similar operation in Runipora area of the district, yesterday. A police official told media men that a joint team of Army’s 3 Rashtriya Rilfes, Central Reserve Police Force and Special Operation Group launched the operation over inputs about the presence of militants in the area. He added that as the cordon was tightened the hiding militants fired at the forces which triggered the encounter and in the exchange of fire two militants were killed. However, he said, the identity of the militants killed was yet to be ascertained? The operation was going on till last reports came in. The authorities also suspended mobile internet services and sealed all entry and exit points in the area. Pertinently, during continued operations in the ongoing month nearly three dozen Kashmiri youth have been martyred so far by Indian troops in south Kashmir.