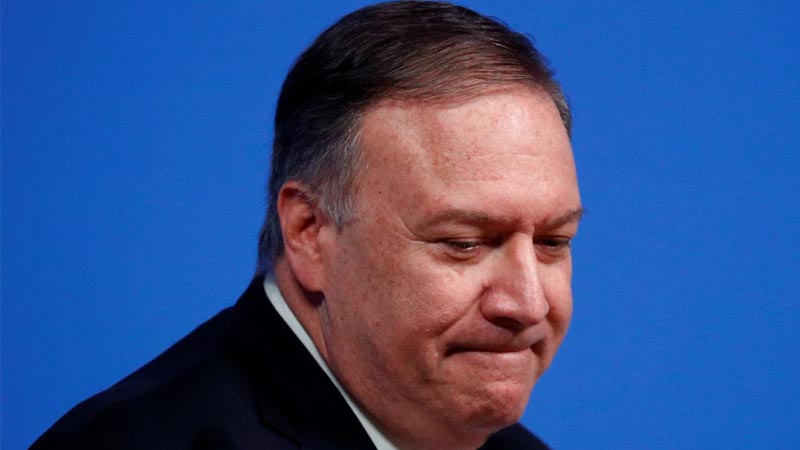 US Secretary of State Mike Pompeo and head of the Taliban political office Mullah Abdul Ghani Baradar have discussed the implementation of the agreement, withdrawal of foreign forces, prisoners release, start of intra-Afghan dialogue and reduction in violence, a Taliban spokesman said on Tuesday.

Pompeo and Baradar spoke via video conference at a time when the slow pace of the release of Taliban prisoners has delayed negotiations among Afghans, scheduled to start on March 10.

Taliban political spokesman Suhail Shaheen said Baradar told Pompeo that Taliban are “committed to the start of the intra-Afghan dialogue but hurdles in release of prisoners have delayed the negotiations.”

Taliban insist that the Afghan government has not completed the process to release 5000 Taliban prisoners.

Shaheen said the Taliban leader also invited attention of the US Secretary of State to the establishment of new check posts by the Kabul administration in the Taliban controlled areas, and the attempts by the government military convoys to pass through the Taliban areas which have led to increase in the attacks.

Baradar assured Pompeo that the Taliban will not allow anyone to operate against the US and other countries from Afghanistan soil.

He insisted that withdrawal of foreign troops should continue in accordance with the agreement signed in Qatar in February which calls for withdrawal of all foreign forces in 14 months. Shaheen said Pompeo admitted that the Taliban have not carried out attacks in cities and on major military centers and thus reduced the graph of fighting and that all sides must reduce the level of the fighting.

Baradar demanded release of Afghan national Haji Bashir in the US and other Afghan prisoners from the Guantanamo detention centre.

The State Department has not commented on the Pompeo-Baradar telephonic conversation.

Talking about the intra Afghan dialogue, Baradar said Taliban are committed to all parts of agreement and that Taliban would be ready for the negotiation when the Taliban prisoners are released.

Baradar urged Taherian that Afghan refugees in Iran should be treated in accordance with the Islamic brotherhood.

Earlier Taliban and the government had accused each other of carrying out the attack, which killed over 20 civilians when rockets hit a market.

“Both parties must stop fighting in civilian-populated areas. Such indirect fire incidents in ground engagements cause 1000s of civilian casualties each year. Dozens were killed and injured in Monday’s incident, including children. Final number of casualties to be verified,” the UNAMA said.

The UN urged the Afghan government to set up an independent investigation team for Monday’s incident in Sangin and that UNAMA is prepared to assist all parties, the victims and their families in establishing the facts.

US Special Representative for Afghanistan Zalmay Khalilzad is expected to arrive in Islamabad on Wednesday for talks with the civil and military leaders on ways how to push the stalled peace process.

The State Department says Ambassador Khalilzad will urge support for all Afghans to meet their remaining commitments ahead of intra-Afghan negotiations, specifically reduced violence and timely prisoner releases.

It will be Khalilzad’s second visit to Pakistan in a month as part of his peace efforts. He visited Pakistan in early June and earlier in May and April and sought Pakistan’s help to push the Afghan peace process forward.