That Vietnam’s aviation authority has grounded all Pakistani pilots working in the country’s local airlines, out of concern that they might be using dubious licenses, is a matter of great embarrassment for Pakistan. Yet it’s not as if nobody could see this, and probably a whole lot more, coming when Aviation Minister Ghulam Sarwar Khan told the National Assembly that a good third of the country’s pilots might have fake licenses. The international aviation body IATA (International Air Transport Association) was quick in its condemnation and expressed serious concern about a “lapse in licensing and safety oversight by the (Pakistani) aviation regulator.” Now there is a building fear that more countries might do what Vietnam has just done and push Pakistani pilots out of the international market.

Yet this is not the only matter of concern. The United Arab Emirates (UAE) government has announced that it would not receive any passengers from Pakistan till a special Covid-19 laboratory is set up to test them. This follows the incident where approximately 30 Pakistani travelers, heading for Hong Kong and transiting in Dubai, tested positive for the coronavirus at the end of their journey. This episode, too, has got Pakistani authorities a little scared about the likelihood of other countries doing the same. In that case not just Pakistani pilots but also passengers would be isolated internationally. The government’s response to all this has not, unfortunately, been satisfactory. All it has done so far is simply deny that passengers out of here can be infected. But that will not sell with the international community since there was a reason that so many of them, who began their journey in Pakistan, were found infected.

At home the PTI government has got used to blaming all sorts of problem on others. Sometimes previous governments are responsible, at other times the opposition must shoulder the blame, and lately people too have been on the receiving end of its accusations. Yet such politically charged statements do not get things done internationally. And since it will take a lot of work not just to restore the image of Pakistani pilots, but also to ensure infected patients are not on any flight out of here, it is clear that the ruling party will have to shift strategy and tactics. Simply burying its head in the sand and pointing its finger at others will not get these things done. * 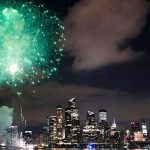 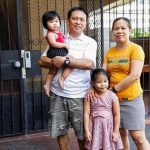 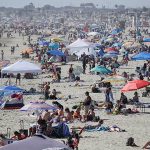