During Modi-led BJP’s rule in India since 2014, the anti-Muslim campaign and violence by the RSS motivated Hindu nationalists has increased many fold. This is because the Modi government has created Islam phobia, through hate speech, clamping the lockdown/curfew in Kashmir since August 5, 2019, enforcement of the Citizenship Amendment Act (CAA), discriminatory to the Muslims, and blaming the participants of the Muslims’ Tablighi Jamat congregation in New Delhi, for the spread of the corona virus in India. 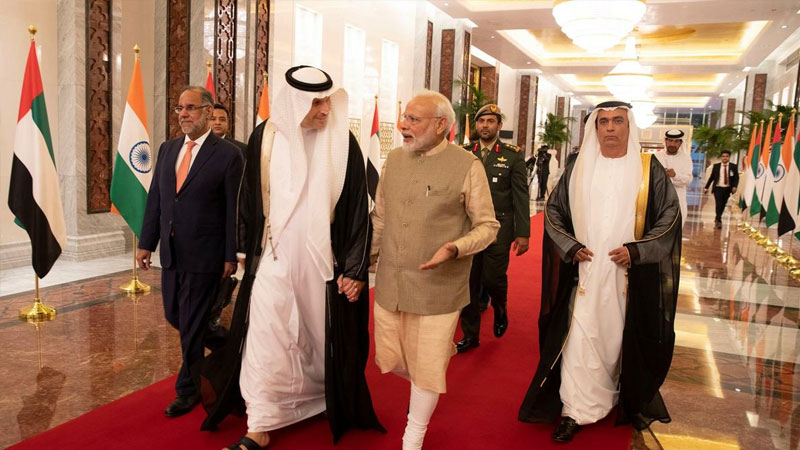 On account of blaming the Tablighi Jamaat members for the spread of the coronavirus in India, the Islamophobia displayed by the BJP leadership and the Hindu nationalists left no doubt about the dominance of the Hindutva ideology in India. For example, as per the Al Jazeera news dated 30 April 2020, “on April 19, 2020, India’s Ministry of Home Affairs said more than 4,000 of the nearly 15,000 cases detected were linked to the Jamaat, whose chief Mullah Saad Kandhalvi was charged with “culpable homicide”.

Following the Jamaat issue, a wave of Islamophobic posts was also unleashed on the social media by right-wing Hindus in India, some of them employed in Gulf countries. They accused the Jamat Muslims of a “conspiracy” to spread the coronavirus. The Hashtags, such as Corona Jihad trended for days on Twitter and panelists in the Indian TV debates called them “human bombs”.

The above discussed discriminatory treatment being meted out to the Indian Muslims and the violence against them have been vehemently condemned by Pakistan and the OIC. The OIC had issued a statement, urging India to take urgent steps to “stop the growing tide of Islamophobia” in the country.

However, the outrage shown by the people of the Gulf countries, including some members of the royal families and intellectuals, against the Islamophobia in India, in response to social media blame game by some Indian expatriates has been remarkable. Some examples are mentioned below.

As per the Middle East Monitor dated 22 April 2020, Princess Hend Al-Qassimi, a member of the UAE royal family, warned “openly racist and discriminatory” Indians in the Gulf that they “will be fined and made to leave” the country. She also wrote a column for the Gulf News, in which she wrote, “The world doesn’t need another Hitler, but it needs another hero like Martin Luther, Nelson Mandela, or Gandhi.

Kuwait expressed its “deep concern” over the treatment of India’s Muslims and asked the OIC to intervene. The general secretariat of the Kuwait Council of Ministers said, “Did those, who commit crimes against humanity against Muslims in India and violate their rights think that Muslims in the world will remain silent about these crimes and do not move politically, legally and economically against them?”

The above discussed social media outrage of the Gulf people, the statements of the OIC and the Secretariat of Council of Ministers in Kuwait, compelled the Modi government to take damage control measures. Modi tweeted: “COVID-19 does not see race, religion, colour, caste, creed, language or borders before striking”. India’s foreign minister Jaishankar spoke to foreign ministers of the UAE, Qatar, Oman and Saudi Arabia, and assured them of India’s good treatment of its Muslims.

The above discussed Gulf peoples’ rejection of Islamophobia in India on the social media is a healthy development, and a major support of the Indian Muslims, against the Hindutva policies of the BJP government. Whereas Arabs this social media drive has forced the Modi government to initiate damage control measures, it has also reminded India, that its major source of foreign exchange earnings and investment are the Muslim countries of the Gulf region. The outrage by the Gulf people has also emboldened the Gulf governments, who now have their peoples’ backing to press the Modi government to ensure Muslims rights in Hindu India.

In view of the above discussion, it is suggested that Pakistan should reach out to the Gulf countries using the social media consistently, to also keep them current about the ground situation in Jammu and Kashmir, where the Muslims are under the lockdown/curfew for the last ten months and Indian security forces are killing the Muslim youth under fake encounters. The objective of such a social media drive should be to muster maximum support of the Gulf people and the governments in favour of the Kashmiri Muslims, who have a leverage to press India to lift the curfew in Kashmir and stop killing the Kashmiri youth.