The Baloch Liberation Army (BLA) has claimed the responsibility of a terror attack on the Pakistan Stock Exchange (PSX). 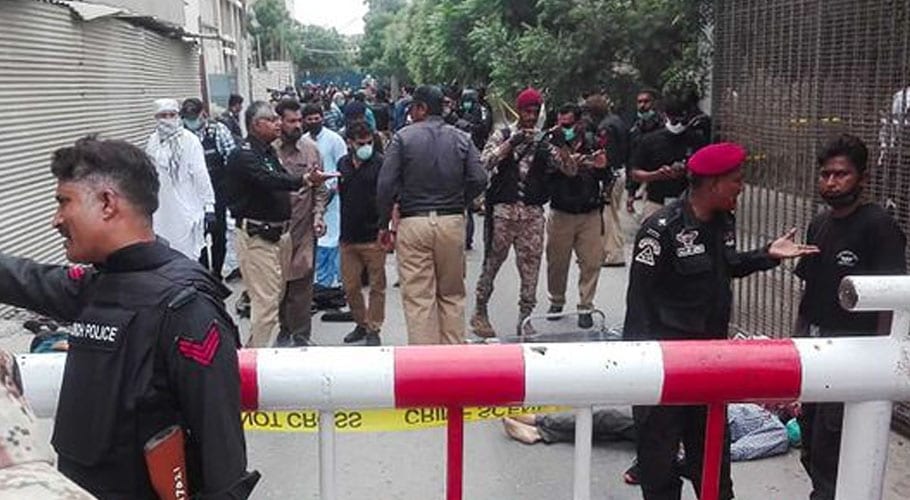 According to details, the BLA Majeed Brigade carried out a self-sacrificing attack on the PSX earlier today. Four attackers entered the compound and started firing but the situation is now under control.

There were four attackers who came from the parking lot, they threw a grenade at the main entrance of the KSE and then started firing indiscriminately. The attackers were wearing uniforms that looked like police uniforms, all four have been killed and the situation is currently under control.

“We locked ourselves in our offices,” Asad Javed, who works at a brokerage in the stock exchange building, which is in a high security zone that also houses the head offices of several banks, revealed.

The police chief in Pakistan’s biggest city and financial hub, Ghulam Nabi Memon, told media the gunmen attacked with grenades and guns after pulling up in a silver Corolla car.

They threw a grenade at security men posted outside the compound then opened fire on a security post. The four were killed when security forces posted there responded.

Notably, BLA has found safe haven in Afghanistan and many of its top leadership has received medical treatment, weapons and training from India. Indian spy agent Kulbhushan Yadav captured by Pakistan, had also previously admitted that that he was tasked by RAW to plan, coordinate and organize espionage activities aiming to wage war against Pakistan by impeding the efforts of Law Enforcement Agencies for restoring peace in Balochistan and Karachi. BLA has never denied its links with Indian government and military establishment.