From beaches and culture to food, get your skates on

* Some Americans can be sniffy about San Diego, of which La Jolla is one of its finer neighbourhoods 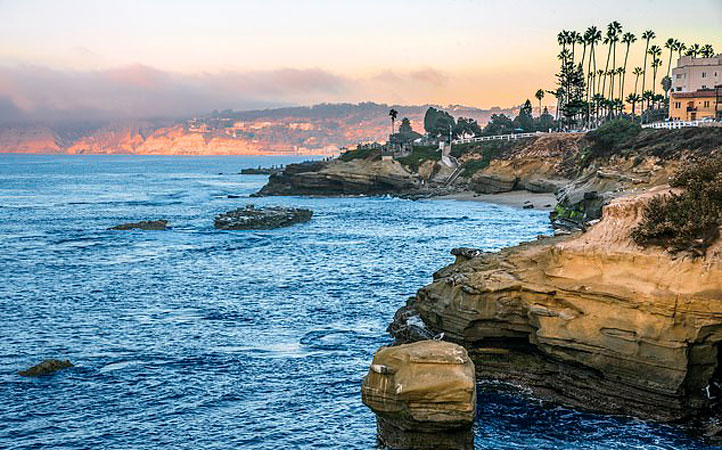 The seals bask in the autumn sunshine far down below in the cove and a few are out in the waves, right among the swimmers, as we take in the spectacular view from the terrace bar of the George’s at The Cove restaurant in La Jolla.

The obligatory blondes on Rollerblades glide by along the coastal road, while two menacing-looking seagulls eye my fish tacos with intent. They, at least, are certainly not making any concessions to the famous laid-back Southern California vibe.

Some Americans can be sniffy about San Diego, of which La Jolla is one of its finer neighbourhoods. It’s not Los Angeles or San Francisco – that’s what people say of California’s third great Pacific city. To which I would say, it’s all the better for it.

British visitors inevitably make a beeline for LA and San Francisco, but one increasingly has to wonder why. The latter has been ruined by nearby Silicon Valley, now monstrously over-gentrified but full of sometimes aggressive homeless people; LA suffers from the same fate.

Some 120 miles south of LA, San Diego was the first place Europeans landed on the Pacific Coast, and is sometimes called the birthplace of California.

It certainly feels like the spiritual home of many of its stereotypes: sun-toned and gym-tinged locals; surfers in their sticker-festooned VW vans; the relaxed vibe and weather that is free of LA smog or San Francisco fog.

Strung out on a decent stretch of coastline, San Diego has more than enough beaches to go with that sunshine.

British visitors inevitably make a beeline for LA and San Francisco, but one increasingly has to wonder why. The latter has been ruined by nearby Silicon Valley, now monstrously over-gentrified but full of sometimes aggressive homeless people; LA suffers from the same fate

We checked into the waterfront Marriott Marquis San Diego Marina hotel, just off the Gaslamp Quarter that has become the mainstay of San Diego’s nightlife. San Diego is the capital of America’s vibrant craft beer industry so the bars won’t run dry.

You can cycle around much of the city. It’s an easy pedal uphill from the USS Midway, a vast aircraft carrier-turned-museum, to 1,200-acre Balboa Park – a slightly Disney-ish affair, which is San Diego’s main piece of green space. It’s also home to 16 museums, an even larger number of formal gardens and a zoo.

San Diego Zoo is justifiably one of the world’s most celebrated zoos. It pioneered the use of open-air cageless residents, so I will forgive the visitor buses that grind their way around it. 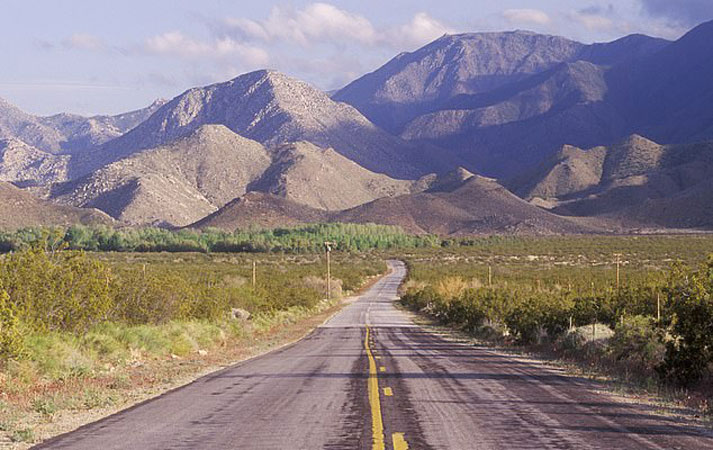 Coming from New York, I’m spoilt when it comes to restaurants, but San Diego doesn’t disappoint – and I just hope most of them will survive the pandemic.

Tijuana is only a few miles and a high-security border crossing away, and there’s inevitably a strong Mexican influence in the cuisine. Fish tacos is a speciality. The colourful, noisy Cafe Coyote in San Diego’s Old Town is the ideal dinner spot for someone who likes to wash down their tacos with strolling Mariachi players and 100 varieties of tequilas.

If you want something more sophisticated then it’s time to head out to La Jolla, former home of children’s writer Theodor Geisel, aka Dr Seuss.

This smart seaside suburb has a completely different atmosphere, largely thanks to its University of California San Diego and a beautiful, rugged coastline.

There’s a SeaWorld in San Diego, but we headed to La Jolla’s Birch Aquarium at the Scripps Institute of Oceanography instead. It’s small and wonderful – the perfect informational accompaniment to the seals and sea lions honking away in the ocean.

Nearby La Jolla Cove is the ideal place to see these animals and get a bite to eat. Or, indeed, stay in your hotel and eat there, as we did at the Catamaran Resort Hotel and Spa in Pacific Beach, the second stay on our trip.

Pacific Beach is a buzzy little coastal suburb roughly halfway between downtown San Diego and La Jolla. The beachside Catamaran Resort introduced us to paddle-boarding, an experience only mildly deflated by my discovery that the water wasn’t really the Pacific but a man-made saltwater bay.

Too many smart U.S. hotels suffer from a lack of distinctiveness. The Catamaran, where rooms are separated by a jungle of palms, ponds and parrots, was certainly comfortable but also refreshingly quirky. It owns three Victorian-style paddle-steamers that will take you on a night-time cruise around the bay.

But you really can’t come to California and spend all your time in a city. Just north of La Jolla is Torrey Pines State Natural Reserve, a 2,000-acre stretch of land that is one of the wildest on the Californian coast.

It’s especially beautiful at sunset, when hikers head to the rocky outcrops on the cliff edge to watch the last rays disappear over the Pacific.

It’s also one of the hottest places in the U.S., so take plenty of water and – as the signs warn – watch out for mountain lions and rattlesnakes. If that sounds too daunting, stick to the beach.