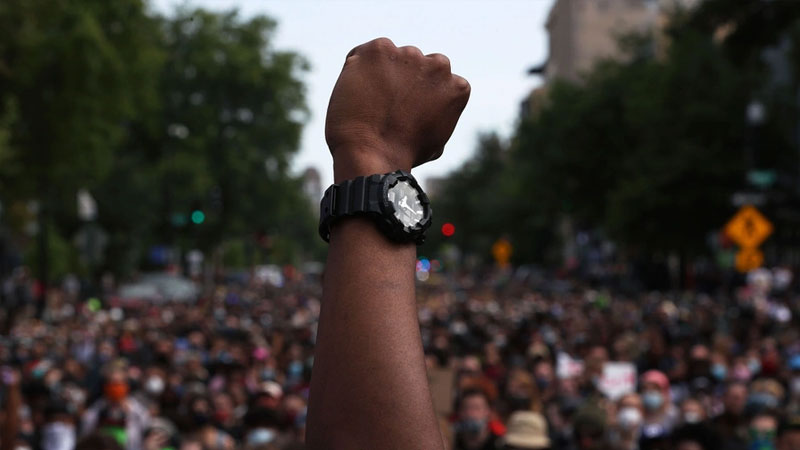 The members of Mehnatkash Labour Union of Larkana Municipal Corporation (LMC) again took out a large rally from their office on Tuesday which culminated at Jinnah Bagh after marching through various major roads and bazaars where the participants held a protest demonstration holding sweeps other sanitation material and placards in their hands. They also shouted slogans in favour of their just demands.

Their leaders Munwar Sandano, Rasul Bux Shahani, Sham Lal, Asghar Jatoi, Qalandar Bux Shahani, Ghulamullah Hajano, Gianchand, Ali Bux Brohi and others while talking to media persons said that issues of low paid LMC employees are not being resolved since long which are confronted by them due to which they feel insecure and unrest is widely felt amongst them.

They said the issues faced by them include denial of promotion to senior employees, corruption in uniforms, award of death and son quota, denial of required facilities to fire brigade employees who perform 24-hours duty, non-filling of vacant sanitary workers’ posts and so forth. They alleged that BPS-12 stenographer has been posted by LMC authorities as purchase officer in sheer, open and daring violation of superior court orders who was also jailed for corruption under NAB cases. They said that two ACR books of the employees have been prepared by the LMC authorities, which has ruined their seniority system which should be abandoned.

They said they have been constantly protesting against such daring injustices but no action has so far been taken against the highhandedness of LMC officers which is a highly condemnable act and cannot be tolerated any more. The protesters demanded of the Sindh Government and its local government minister to take notice of the issues faced by them and dispense justice without further delay.