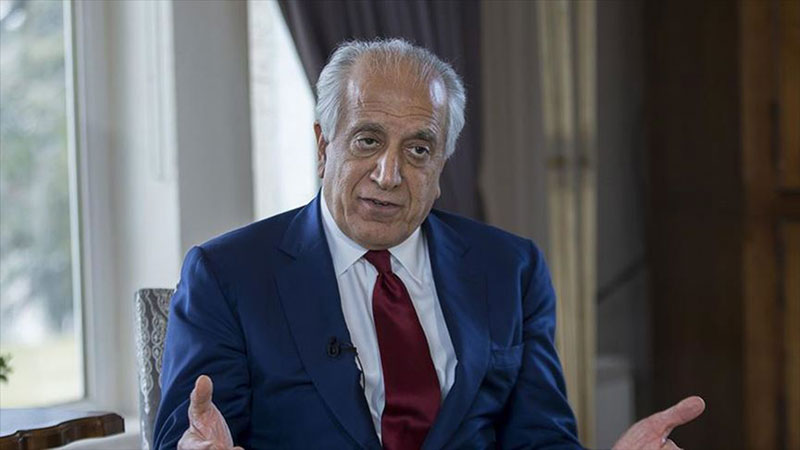 A day after unidentified gunmen shot dead five attorneys near the Afghan capital Kabul, the American peace envoy said that foreign and Afghan elements are behind such terrorist attacks to harm the peace process. US Special Representative for Afghanistan Reconciliation Zalmay Khalilzad did not blame anyone for the attack.

Spokesman for the Attorney General’s Office in Kabul Jamshid Rasouli says gunmen killed five employees working at the Bagram justice and detention center while they were on their way to Bagram on Monday.

Taliban denied involvement in the incident and said they are investigating it. A Taliban statement said that there are many enemies of the peace process and the people should be aware of the conspiracies.

No group has claimed responsibility and Afghan President Ashraf Ghani ordered an investigation into the attack. “The US strongly condemns the attack today against the Afghan Attorney General’s lawyers and other team members working to facilitate prisoner releases. This attack, carried out by enemies of peace, took the lives of five civilians. We offer our condolences,” Khalilzad tweeted on Tuesday.

He called for a full investigation to find the perpetrators and bring them to justice.

“This attack underscores what we all know: Spoilers (both domestic and foreign) are trying to disrupt and delay,” the US envoy said in another Twitter post.

“Both sides should not be deterred, and push forward to take the steps necessary to reach intra-Afghan negotiations, where a comprehensive ceasefire & a political settlement can be negotiated as quickly as possible. This is what the Afghan people want and we stand with them,” Khalilzad said.

“Pakistan strongly condemns yesterday’s dastardly attack near Kabul that killed five attorneys/officials who were associated with the release of prisoners under the 29th February agreement between US and Taliban. It is an obvious attempt at derailing the reconciliation process,” Sadiq wrote on Twitter on Tuesday.

There is no pause in violence in Afghanistan despite the US-Taliban agreement to end the conflict.

The Afghan government has claimed that the past week was the deadliest of the past 19 years as the Taliban “carried out 422 attacks in 32 provinces, martyring 291 ANDSF members and wounding 550 others.”

“Taliban’s commitment to reduce violence is meaningless, and their actions inconsistent with their rhetoric on peace,” Javid Faisal, spokesman for the office of the National Security Adviser said on Monday.

“Taliban have not carried out many attacks which the Kabul administration claims. They try to harm the peace process, create hurdles for the release of the prisoners and to mislead the people. Most of our attacks are defensive in nature,” Mujahid told Daily Times on Tuesday. The Taliban spokesman said the Kabul administration would hide their casualties in 19 years and when 100 security personnel would be killed the Afghan officials would confirm only 1.

Afghan presidential spokesman Sediq Sediqqi said on Tuesday that the Taliban attacks will affect the peace process, urging them to address the calls by the international community to reduce violence.

Speaking at a news conference in Kabul that the government has done a lot for the start of intra-Afghan dialogue and now it is up to the Taliban to create atmosphere for the negotiations. He said the government’s negotiation team is ready for talks with the Taliban.

Afghan media reported on Tuesday that at least 12 security personnel were killed in a Taliban attack in northern Kunduz province.

Esmatullah Muradi, spokesman for the provincial governor, said the Taliban attacked a security checkpoint in Dasht-i-Archi district on Tuesday morning.

Meanwhile, Taliban confirmed that the head of their health commission in Khost Maulvi Siddique Ahmad Zandani was killed in a government’s forces operation.

In another development Uzbekistan’s Special Representative for Afghanistan Ismatulla Irgashev has spoken to his Pakistani counterpart Mohammad Sadiq Khan and discussed efforts to press for the Afghan peace process. Uzbekistan is one of the few countries, which has offered to host intra-Afghan dialogue if the Afghan government and the Taliban agreed to the offer.