Rally in AJK on killing of youth in IOK 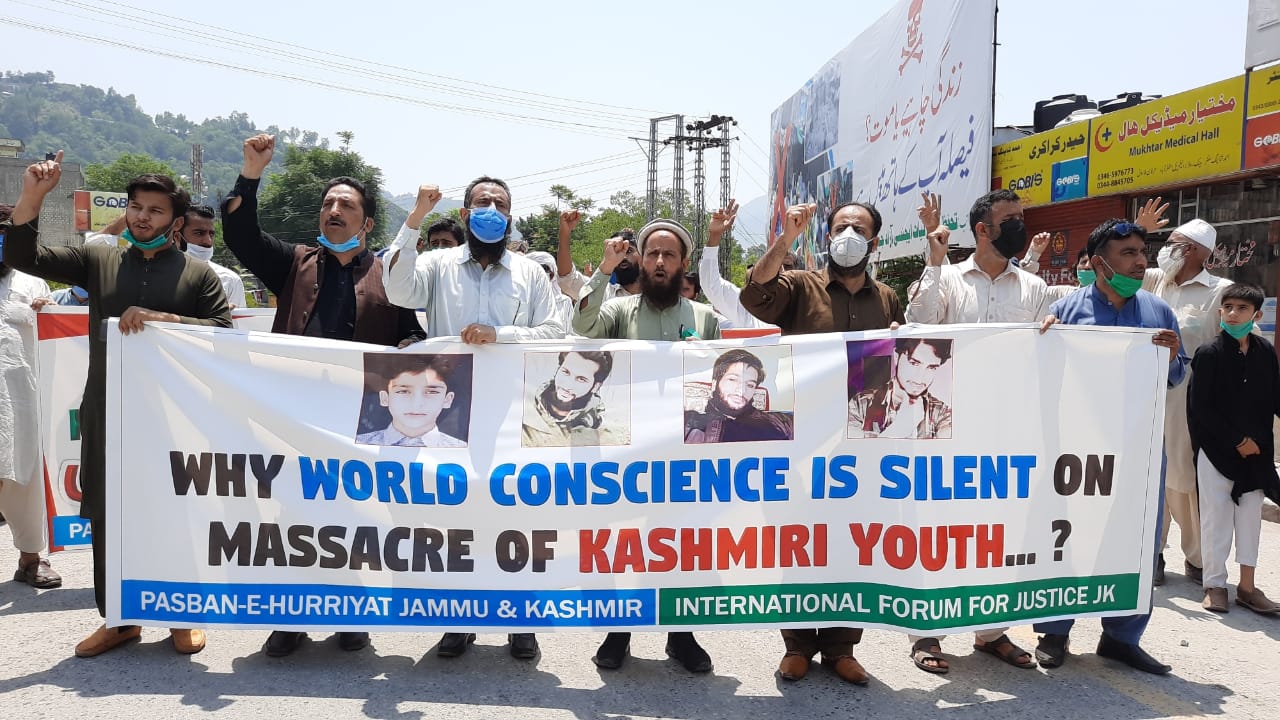 MUZAFFARABAD: A rally was staged here on Monday under the aegis of Pasban-e-Hurriyat Jammu Kashmir and International Forum for Justice and Human Rights against the killings of Kashmiri youth in Indian Occupied Kashmir (IOK).

Speaking on the occasion, speakers reiterated that Indian government is deliberately involved in killing of upcoming generation in IOK.

They stated that educated youth is being targeted by Indian Occupational forces.

While mentioning the names of martyrs, speakers maintained that after the martyrdom of Professor Rafi Bhatt, Manan Bashir Wani, Sabzar Bhatt including many other engineers and doctors were shot dead by Indian Army.

“since yesterday, we are getting information that another PhD doctor Hilal Ahmed is also targeted by Indian forces” speakers added.

India wants to suppress the voice of Kashmiri people and killing of more than 40 young people in one month are testimonials of Indian armed forces brutal agression in the Valley.

Some of the other points stated in the protest by soeakers were, “people in IOK are suffering imprisonments since long, many houses have been set on fire by terrorist Indian Army, IOK has become a military jail for the last 323 days and people political and religious rights have been usurped by armed forces”

They also demanded UN, OIC and other human rights organisations to play their role on Kashmir issues besides conducting Plebiscite in the region according to UN resolutions.