Money laundering case: court to indict Zardari, others on July 7 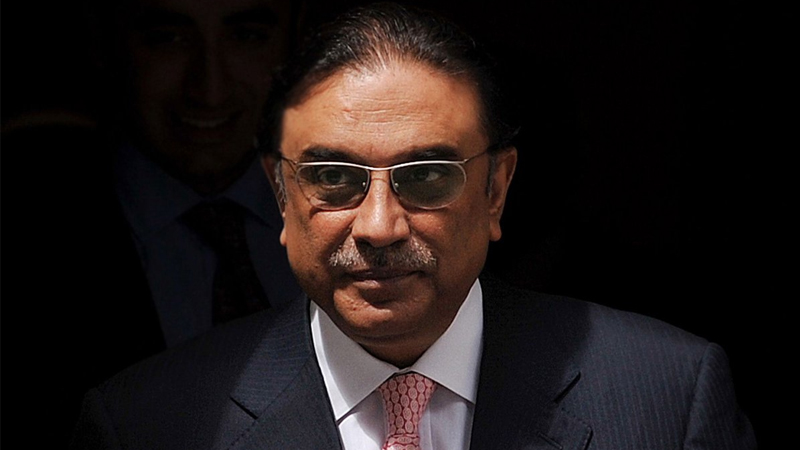 According to details, the NAB court has decided to indict the accused in a money laundering case via video link sessions due to coronavirus pandemic. The court has issued an order in this regard.

The NAB Karachi should prepare arrangements for video link session at the hospital in order to indict Anwar Majeed. “Hussain Lawai, Taha Raza and Muhammad Umair will be indicted in Adiala jail on July 7,” according to a circulation released by anti-corruption body

The NAB has asked other accused to appear before the court in person on July 7.

It is pertinent to mention here that the accountability court had already announced to indict PPP leader Asif Ali Zardari in Park Lane case on June 26.

Zardari, his sister and other accused are facing charges of laundering more than Rs35 billion through fake bank accounts. Zardari’s close aides Hussain Lawai and Anwar Majeed have also been nominated in the scam.

Hussain Lawai, who is said to be a close aide of former president Asif Ali Zardari, facing inquiry in an Rs35 billion money laundering case, was arrested by the Federal Investigation Agency (FIA) on July 6 in 2018.

FIA officials say, 32 people, including Lawai, are being investigated for laundering billions of rupees through fictitious bank accounts.

Zardari, his sister Faryal Talpur, his son Bilawal Bhutto Zardari and other accused face charges of corruption through fake bank accounts and embezzlement in the financial facility for Park Lane Private Limited and Parthenon (Pvt) Limited.

According to anti-graft watchdog body, Asif Ali Zardari was allegedly running a fake front company by the name of Parathon as a shareholder in Park Lane properties.

A loan worth Rs 1.5 billion was taken out from the bank and transferred to the company account in a private bank.