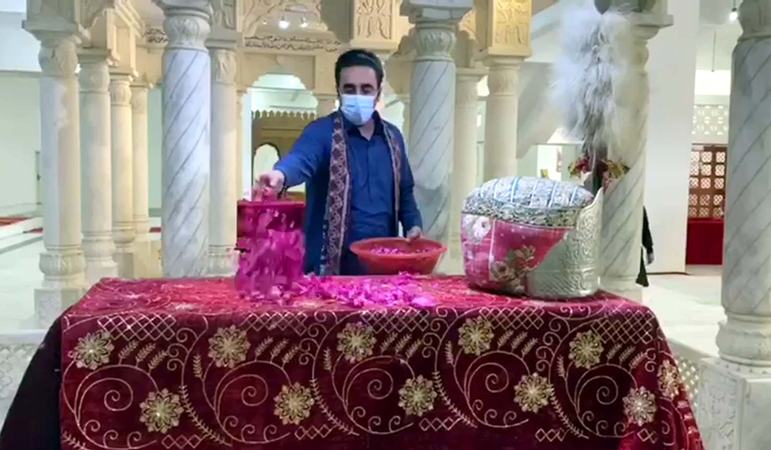 The 67th birthday of former Prime Minister Benazir Bhutto has been celebrated on Sunday.

Benazir Bhutto served as Prime Minister of Pakistan from 1988 to 1990 and again from 1993 to 1996. She became the first woman leader of a Muslim nation in modern history.

She was educated at Harvard University (B.A., 1973) and subsequently studied philosophy, political science, and economics at the University of Oxford (B.A., 1977).

After her father’s execution in 1979 during the rule of the military dictator Mohammad Zia-ul-Haq, Bhutto became the head of her father’s party, the Pakistan People’s Party (PPP) and endured frequent house arrest from 1979 to 1984.

In exile from 1984 to 1986, she returned to Pakistan after the lifting of martial law and soon became the foremost figure in the political opposition to Zia. President Zia died in August 1988 in a mysterious plane crash, leaving a power vacuum at the centre of Pakistani politics.

In the ensuing elections Bhutto’s PPP won the single largest bloc of seats in the National Assembly. She became prime minister on December 1, 1988, heading a coalition government.

In August 1990 the president of Pakistan, Ghulam Ishaq Khan, dismissed her government on charges of corruption and other malfeasance and called for new elections. Bhutto’s PPP suffered a defeat in the national elections of October 1990; thereafter she led the parliamentary opposition against her successor, Nawaz Sharif.

In elections held in October 1993 the PPP won a plurality of votes, and Bhutto again became head of a coalition government. Under renewed allegations of corruption, economic mismanagement, and a decline of law and order, her government was dismissed in November 1996 by Pres. Farooq Leghari. After the dismissal, she went abroad in self-imposed exile.

In October 2007 Bhutto returned to Karachi from Dubai after eight years of self-imposed exile. Celebrations marking her return were marred by a suicide attack on her motorcade, in which numerous supporters were killed. Bhutto was assassinated in December in a similar attack while campaigning for upcoming parliamentary elections.

Bilawal also showered rose petals on their graves and prayed for the eternal peace of the departed souls. Bilawal also observed SOPs of social distancing and used facemask during his presence at the Bhutto mausoleum. After prayers and showering rose petals he left for Bhutto House, Naundero.