Smoking puts you at greater risk of coronavirus: researcher 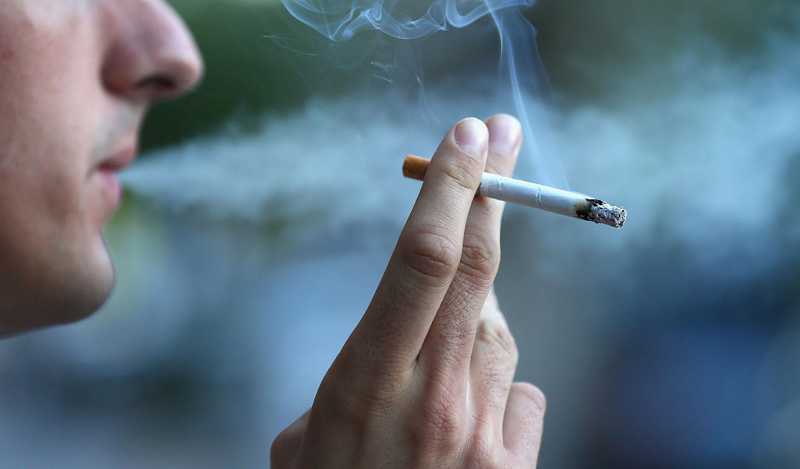 Covid-19 may develop more vigorously in the smokers as compared to the nonsmokers. It has been observed during the research activity that there are very obnoxious chemicals present in the cigarette smoke. “Regular smoking damages the defense cells in the respiratory tract. SARS -COV-19 can travel without any resistance to the lungs for the deadliest form of the disease in such cases,” claimed a medical researcher here on Thursday.

Dr. Ayub Jadoon Assistant Professor Immunology & Microbiology in Abbottabad university of Science and Technology briefing to the newsmen on the basis of his research papers told that these chemicals include nicotine, potassium cyanide; phenol and formaldehyde are highly toxic to the cilia. “Cilia actually are the hair like substances present as projections of the surface cells in the respiratory tract. These surface cells have the ACE2 receptors for SARS COV 2. These cilia and the mucous do not allow the virus to bind to its receptors. If the virus binds to its receptors then it enters into the cells and even a single cell then produces hundreds if not thousands of these viruses” he added.

Dr. Jadoon further said that these newly produced viruses then capture and enter the neighboring cells where further exponential growth of the virus occurs. This leads to the destruction of the these cells followed by inflammation. This leads to the beginning of the disease which is reflected by the high rise of the temperature, sore throat, fatigue, Aches. Due to the movement of these cilia the virus and all other harmful substances are pushed out and cleared from the respiratory tract. Specialized cells in the respiratory tract produce mucous as well, which is a sticky substance. It binds the virus and the combine movement of the mucous and cilia are called mucociliary movement. Free radicals which are produced during the burning of the cigarette are very toxic and dangerous to the cilia in the nostrils, pharynx, trachea etc. Due to this movement the virus is entangled and cleared from the body and is never allowed to go to the lungs for the deadliest and non-reversal be and irreparable damage leading to the death of the individuals if not handled properly in time.

Cilia are very important structures and the free radicals more than 10 to 15 per puff produced due to the burning of the cigarette causes the reduction in the mucociliary movement, decrease size of the cilia, inhibits the production of the new cilia, causes the paralyses in the cilia and hence SARS COV 2 or any other particle can penetrate very easily in the lower respiratory tract and reach to the lungs.

He pointed out that the SARS Virus in the lungs then moves to the special pockets called alveoli in the lungs and these special pockets are in millions in lungs and are arranged in form of bunches like grapes. These are responsible for the exchange of gases that is O2 is incorporated in the blood and CO2 is expelled out. The virus enters the cells which are present in alveoli. The SARS COV 2 has ACE2 receptors in abundance in the lungs too. The virus again plays the same trick and enters the cells and more and more viruses now in the lungs are produced which is followed by inflammation. The WBCs and the rest of the chemicals are produced in response to the tones of signals by the viruses. These WBCs and the chemicals try their best to fight out the virus. Since everything is happening in the alveoli means lungs so the air pockets and channels are destroyed during this fight which can impair the respiration. This is the time when the victim is put on the ventilators in the ICUs due to respiratory distress. The problem increases day by day and more and more alveoli and the cells become dead. The normal parenchyma of the lungs in the infected part is also destroyed and finally the wounds leading to yellow spots throughout the lungs.

He concluded that smoking not only causes oral, throat and the lung cancers but causes a serious decrease in the immunity. This immunodeficiency means decrease in immunity due the reasons mentioned above, it puts the smokers always at risk. The microorganisms like viruses, bacteria present in the air will be freely moving down to the lungs without any resistance to cause a serious damage.