So far the dictum of 2020 has not been seen as something favourable to the world. With the crisis unfolding regularly the current world order is in gallows. The world which is already panting in combat with COVID-19 has another threat looming ahead, that too in the world’s one of most volatile and charged borders. 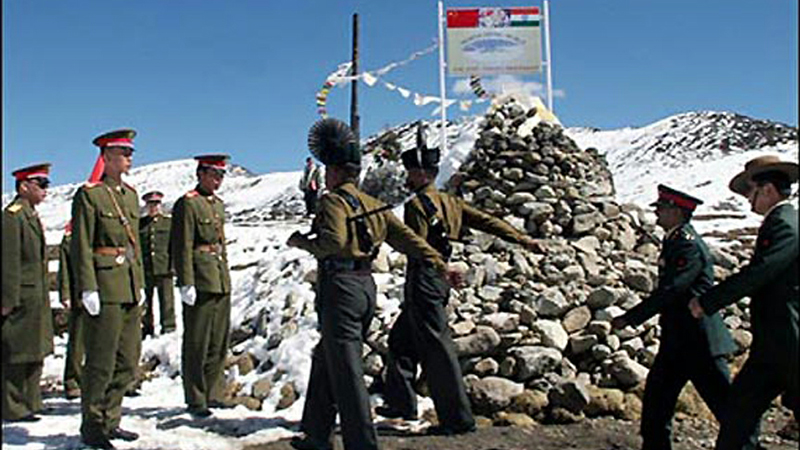 Mr Modi, who has been successful in portraying himself as the saviour of Hindustan, is now on a spree of deranged acts. It has been Delhi’s policy since the beginning that whenever there is a rise in internal dissent or social fissures, the government attempts to cover it up with nationalist border moves. This time Modi got his feet trapped when he tried to take China for granted. The imbecility of Delhi has led India at a standoff with one of the largest militaries in the world – China. What started from just a scuffle on the 5th of May is now showing the prospects of all-out war to experts. Their arguments get the backing of President Xi’s urge of military preparedness amid COVID-19 in a state TV. It was evident that this time the standoff is nothing like the one in 2017 at Dokhlam between the countries which continued for 73 days.

Intimidating border videos and snapshots are daily surfacing on social platforms putting India in humiliation. Indian media reports that thousands of Chinese troops are on the Indian side. However, the fact is that it is Line of Actual Control (LAC), which is not a proper international border but a de-facto one. So, there are no legal bounds to it but bilateral understanding. In spite of the tensions, the Chinese side has claimed that the situation is under control exhibiting the intentions of Beijing of no new nuisance at this time. In hindsight, the situation seems to be escalating as troops are being encamped on both sides and equipment is being moved.

Modi got his feet trapped when he tried to take China for granted. The imbecility of Delhi has led India at a standoff with one of the largest militaries in the world – China.

Even though President Trump has already offered to be a mediator if both parties are willing, like he did in case of Kashmir, but it won’t be effective as China’s prestige would be in effect if Trump did. It would not be acceptable for Beijing that it got baffled by a neighbour and it has to bring its rival in it to break the ice.

Delhi is also not willing to get into any discontentment with Beijing and will stretch to maximum limits possible. However, a key and generic obvious would be that it might try to raise tensions with Pakistan to cover up the Ladakh ignominy. While on one side Delhi can exercise all-out restrain on the other it can push to max limits even a false flag operation which repeatedly has been highlighted by Prime Minister Khan. To solidify and legitimize his reign, Mr Modi will induce new terror in his policies. Whether its relations with Pakistan, the plight of Kashmir or agonized Muslims at home, all leave vulnerable to Modi’s madness.

If tension rose to a level where there is little or no chance of backing, the world would witness a crisis on one of the world’s most hot spot altitudes of war. With the world already dealing with Covid-19, there might not be an easy way to stop if any unfortunate event outbursts.

The Pakistan-Phobia on which the current government of Delhi is holding its ground is not only dangerous for regional peace but can cause an extreme downturn on a global scale as well. Pakistan at first needs to be prepared as there are fewer options on the table if some war hysteria is being prompted by India. Moreover, before anything else, Pakistan needs to gain diplomatic support from world leaders including Washington and the UN chief before any misadventure by the Indian side.

There is also a possibility that China and India both will lower the border heat unanimously, as both countries are two of the most populous states and cannot afford an all-out war. Moreover, India, with its internal social cleavages, can certainly not poke the beast in its neighbor. On the Beijing side, any idea of creating a theatre of war can nullify the pursuit of global economic order through BRI.

However there might be less chances of India-China blitz, Pakistan, Kashmiris and Muslims of India are still the target of Modi. The foremost reason for it is that India is not aimed at making Pakistan its part or any part of Pakistan as its. they are solely and divinely aimed at creating nuisance for Pakistan and making it unstable.