Rohingyas in Camps and at sea: Crises and despair

The Rohingya refugees are enduring crisis after crisis, including recent incidents at sea, where several stranded refugee families were afloat in the Bay of Bengal for weeks before being rescued by Bangladeshi coastguards and then quarantined at the controversial Bashan Char island. Faced with pressure from EU countries and other international bodies to rescue the stranded, Bangladesh’s Foreign Minister, AK Abdul Momen, expressed his enragement and asked EU countries to accept the refugees in their own countries “if they are so worried about their well-being.” He further said that Bangladesh was “neither obligated nor in a position to take any more Rohingya.” 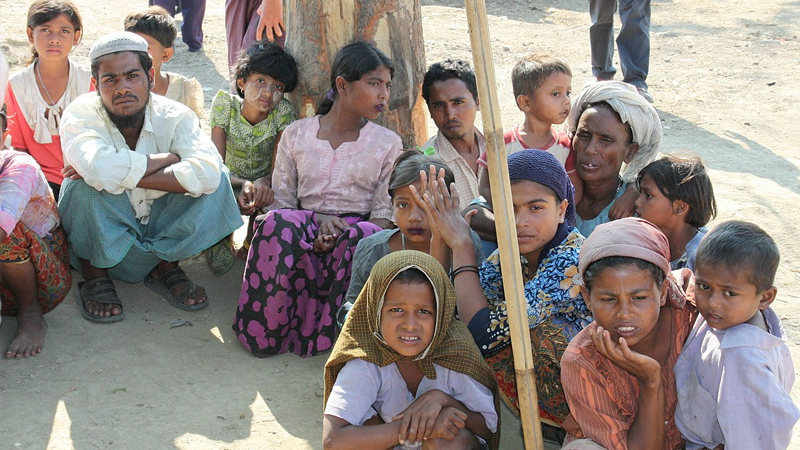 As I write, two more boatloads of Rohingyas are being detained by Malaysia and Thailand as hostility continues to grow against the refugees, who are desperately looking for sanctuary, assistance and asylum. The Rohingyas are fleeing in thousands for the past several years due to a brutal crackdown in their native Myanmar. In 2017, close to a million Rohingya crossed the border to Bangladesh, and living in makeshift crowded camps in Cox’s Bazar for the past three years with no prospects for repatriation any soon. Until this is possible, Bangladesh, as a host country, must provide shelter and support to the Rohingyas in the best possible ways.

So far, Bangladesh has shown extraordinary generosity in hosting what is considered the world’s largest refugee settlement. However, in recent weeks, the Foreign Minister seems exasperated with the Rohingya situation, particularly due to lack of any progress with repatriation and the waning interest among superpowers to resolving the Rohingya conflict. In parallel, the Myanmar government wilfully continues to shrug off the genocidal charges and defends its continuing military operations against the so-called Rohingya terrorists as legitimate and following international law. In recent months, Myanmar has blatantly shown no tangible interest in Rohingya repatriation. The regime in Naypyitaw will likely use the COVID pandemic as another pretext against restarting any discussion on repatriation.

Meanwhile, the continued opposition by international agencies against the relocation of 100,000 Rohingya refugees to Bashan Char, an offshore island, remains another irritant for Bangladesh government. The Foreign Minister recently blasted aid agencies for opposing the Rohingya relocation plan. The shelter built in the island at a cost of $280 million includes housing, infrastructure facilities such as drain, sewerage, biogas, solar power, wind farms, and provisions for school and community/cyclone emergency and medical centres. It also has warehouses and separate units for housing law enforcement unit, administrative unit, local NGOs and UN representatives. The facilities established are much superior compared to the miserable existence in Cox’s Bazar, according to Bangladeshi officials. A 13-km long flood defence embankment built around the island will offer protection to the island from extreme climatic adversities, which remain a major concern for the international community.

The regime in Naypyitaw will likely use the COVID pandemic as another pretext against restarting any discussion on repatriation.

Bangladesh government made efforts to convince UN officials, dignitaries and Rohingyas as well for relocation to Bhasan Char island. The Rohingyas in the camps at Cox’s Bazar are opposed to relocation to the remote island as they feel Cox’s Bazar as closer to their homes in Myanmar just across the Naf River. Relocation to the remote island reminds them of the detention camps in Rakhine state. However, until now, backed by the international community and UN agencies, the Rohingya refugees were successful against the relocation plan to the island. However, all 28 Rohingyas recently rescued at sea have now become first residents of the Bhasan Char, perhaps paving the way for more relocation to the island shortly.

Bangladesh wants to move Rohingyas to the island to reduce the overcrowding in Cox’s Bazar, curb illegal activities such as drugs and human trafficking, and the rising radical Islamist influence in the camps. Bangladesh Prime Minister Sheikh Hasina has already expressed her concerns with the refugees and said that the Rohingyas “were a threat to national and regional security” and urged the international community to pressurise Myanmar to take them back.

In Cox’s Bazar camps, the Rohingyas are presently grappled with the deadly Covid-19 crisis. The government recently declared Cox’s Bazar, particularly the refugee campsites in Ukhiya and Teknaf as “red zone” to prevent the spread of the coronavirus. There are over 1,000 cases in the district; so far 35 cases have been reported with 2 deaths in the camps since the first case was confirmed in mid-May. More than 15,000 Rohingya refugees have already been quarantined in several blocks amid efforts to contain the virus in the densely packed camps. It is suspected that community transmission is easily possible and probably already has begun, according to local health officials. The confirmed cases are now in isolation centres and their families are in quarantine.

Efforts are also underway to scale up testing to trace out infected people and their contacts. It is, however, feared that the virus could have spread quickly through this massive crowded settlements. Authorities have also closed off roads to three areas where most of the cases were detected. In the camps, the pandemic also disrupted the distribution of food and medical aid that are vital to keeping these vulnerable and traumatised people alive. As if this was not enough, Cyclone Amphan recently brought extensive damages in the squalid camps with high winds, heavy rainfall, flooding and landslides; these catastrophes will likely continue as the annual monsoon/cyclone season is approaching. The camp authority provided immediate relief and assisted families with reconstruction and/or rehabilitation following the Amphan.

With the presence of more than a million refugees for over three years now, Bangladesh appears to lose its stamina and resilience with the Rohingya situation. It is, in the words of the Foreign Minister, “untenable for Bangladesh.” Given the current pandemic environment, Bangladesh needs additional help and assistance in addressing the humanitarian situation. Lack of funding will likely impact on the essential services, health and well-being of the Rohingya and the host community populations. The international community should share not only the burden and responsibility, the key power players in the region – for instance, China, India, Japan, and the US – should put more pressure on Myanmar for repatriation of the refugees with dignity and honour they deserve as Myanmar nationals.

The writer is an international development specialist and advisory professor at the National Research Center for Resettlement, Hohai University, Nanjing, China