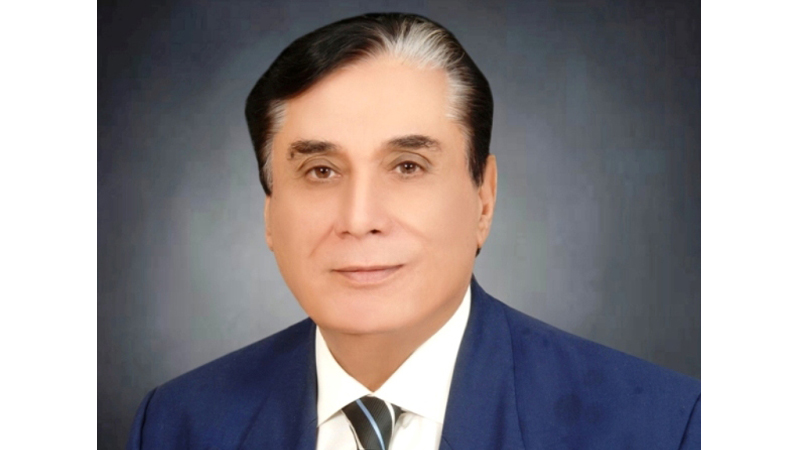 Corruption is mother of all evils. NAB was established in 1999 in order to eradicate corruption and to recover looted money from corrupt elements and deposit in the national exchequer. Honorable Justice Mr. Javed Iqbal, after assumption of his responsibilities as Chairman NAB more than two years ago has introduced comprehensive and effective national anti corruption strategy comprising of Awareness, Prevention and Enforcement with commitment of ‘NAB’s Faith-Corruption free Pakistan” which has started yielding excellent results. Reputed national and International Organizations like Transparency International Pakistan, World Economic Forum, PILDAT, Mishal Pakistan have not only lauded NAB’s efforts for eradication of corruption but in the Gillani and Gallop Survey about 59 percent people have shown their confidence upon NAB as NAB under the dynamic leadership of Honorable Justice Mr. Javed Iqbal, Chairman NAB has not only recovered 178 billion from corrupt elements during his tenure which is remarkable achievement as compared to previous years of NAB. NAB has filed 600 corruption references in the respected accountability courts and conviction ratio of NAB in the Accountability courts is about 70 %. Currently, there are 1229 corruption references of NAB are under process in 25 respected Accountability courts and their total worth is more than Rs. 900 billion.

Today, eradication of corruption is the voice of the whole nation. Eradication of corruption from the country is the top most priority of NAB. NAB is role model for SAARC countries as NAB is Chairman of SAARC anti Corruption forum and is focal organization of Pakistan under United Convention against Corruption (UNCAC). Moreover, NAB is Chairman of SAARC anti Corruption forum. NAB is the only organization who has signed Memorandum of Understanding (MOU) with China in order to enhance cooperation in eradication of corruption. NAB has established state of the Art Forensic Science Laboratory in NAB Rawalpindi but also established its own Pakistan Anti Corruption Training Academy at NAB headquarters in order to equip its investigation officers with modern techniques to investigate white collar crimes cases. NAB has also signed Memorandum of understanding (MOU) with Higher Education Commission to aware students of Universities/Colleges about the ill effects of corruption at an early age as youth is our future. In this regard, more than 50 thousands Character Building Societies (CBS) have been established in Universities/Colleges throughout the country.

Honorable Justice Mr. Javed Iqbal, Chairman NAB has rejuvenated NAB in order to eradicate corruption from Pakistan. Chairman NAB not only reviews progress of NAB headquarters but also of all the regional Bureaus on regular basis. The excellent performance of NAB under the leadership of Chairman NAB is indicative of the hard work, transparency being put in by all ranks of NAB staff in an atmosphere of renewed energy and dynamism, where fight against corruption is being taken as a national duty. On the directions of Chairman NAB, all complaints are being computerized and all DGs of Regional Bureaus are ensuring not only self respect of all the concomitants but also responded promptly to all the complaints of concomitants very expeditiously as per law.

Chairman NAB Justice Javed Iqbal has spent more than 40 years of his life in providing justice to people starting from Session Judge Quetta to Acting Chief Justice of Honorable Supreme Court of Pakistan and now Chairman NAB. He has an unmatchable and balanced personality with integrity, honesty, honor and dignity. He believes in self respect of humanity and does not believe in breaching self esteem of any person who comes in NAB. He always believes in law abiding and firmly believes in eradication of corruption by ensuring accountability to all. His performance for the last more than two years has proved without any iota of doubt that Chairman NAB Justice Javed Iqbal has proved true to his words indiscriminate accountability in order to make Pakistan corruption free. He believes that corruption is mother of all evils which is major cause of our problems and eating all our resources gradually.

Chairman NAB believes that Pakistani nation is the best nation in the world which has all the abilities to check corruption and corrupt practices. There is dire need to ensure merit and transparency so that the dream of eradication from Pakistan turned into reality. NAB is taking visible and indiscriminate actions against the corrupt elements. Corrupt elements are being probed by NAB as per law. All DGs of NAB have been directed to perform their duties in accordance with law under the leadership of Justice Javed Iqbal Chairman NAB. Due to this reason, sincere effects of NAB for eradication of corruption have started yielding excellent results under the dynamic leadership of Honorable Justice Mr. Javed Iqbal, Chairman NAB.