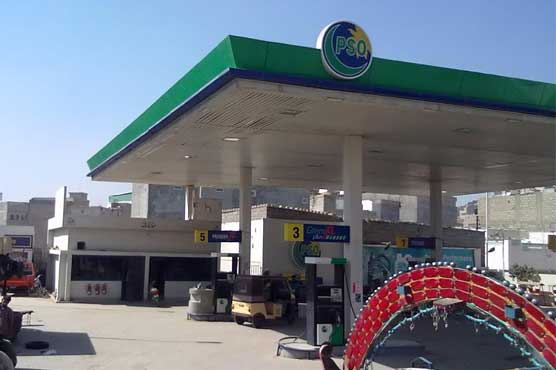 Pakistan State Oil (PSO) has revealed the reasons behind an artificial fuel shortage in the country.

According to the PSO, most of the oil marketing companies, operating in the country, did not have 21 days reserves of the petroleum products in April despite the companies were bound by licensing requirements to ensure a minimum of 21 days of consumption cover of all petroleum products at all times.

The report added that most of the oil marketing companies, operating in Pakistan, did not maintain the recommended reserves of petroleum products in April.

Most petrol pumps remained open in Karachi but regular grade petrol was not available and citizens were forced to buy expensive high octane fuel instead. People in Peshawar also wandered in search of petrol and long queues could be seen at government run petrol stations.

In a tweet, Minister for Power and Petroleum Omar Ayub Khan accused “some oil marketing companies and retailers for creating artificial shortage of petrol and diesel for illegitimate profits”.

He said the government had decided to expose such companies and dealers and take action against them with the help of the regulators and provincial governments. “Their licences will be cancelled,” Mr Khan announced and claimed that there was no petroleum shortage in the country.

The situation regarding shortage of petrol remained the same even after Prime Minister took notice of the situation.

Country has been facing shortage of petrol and is nowhere to be found at pumps of private oil marketing companies. However, Petrol has been available at PSO pumps but people have to wait in long queues in order to buy petrol.

According to details, petrol is scarce and people have to travel mostly on foot due to its non-availability. They have expressed their displeasure and said that when petrol was expensive there was no shortage but ever since petrol price was reduced, it became scarce.