Mauricio Rosero — Colombian entrepreneur who triumphs in the world

* Tough conditions in Latin America has raised many eyebrows 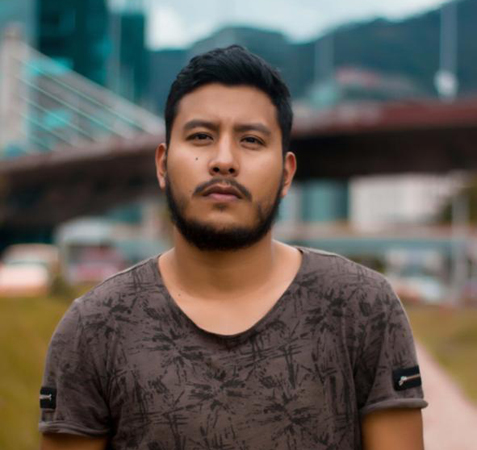 Mauricio Rosero’s video has been shared more than two million times as it speaks about the reality and the struggle Venezuelan people are going through for freedom.

Tough conditions in Latin America has raised many eyebrows. The social struggle is on for the better conditions and good quality of life. People want things to shape up in right ways for their kids and all around them. But why is all this happening? Many call it thirst of power that has made governments to behave ruthlessly. This has caused social inequality and that has led to deaths, violence and hatred so there is no winner in any of the sides.

In such scenarios people retaliate and when government is powerful, you have very little options to play with. Civil disobedience is one peaceful way to deal with all this because that doesn’t lead to violence

In such scenarios people retaliate and when government is powerful, you have very little options to play with. Civil disobedience is one peaceful way to deal with all this because that doesn’t lead to violence. It remains the only way to convey your concerns to the ruling elite about the prospect concerns. As government has it ways to deal with violence and weapons so in order to avoid human losses, civil disobedience remains the only safe option.

In the age where government along with the mainstream media try to mislead the general public and opinions don’t find proper way to be voiced, social media comes into play. Social media helps people to raise their issues and sensitize the problems with general public. It also helps to sometimes create a pressure group that can work for any cause to push the government in a particular issue.

Such is the case of a young Colombian, Mauricio Rosero has become the voice of many after his video circulated on social networks because of the content in it.

The Colombian protagonist expresses the real but notorious feelings for the Venezuelan people. The urge for freedom that has been there for more than two decades now and due to which hundreds of deaths took place. It has been the voice of a generations now and not only young people who demand a change but kids want that too.

Social media has helped him spread the word as the young man has 160k followers on Instagram and his video on the Instagram have moved hearts of millions. He has been able to shake the thoughts of millions through one video and the message was well conceived and appreciated by a large number of people. Mauricio Rosero is a very popular figure on the social platform and people are appreciating his brave act. This can be noticed by the viewership of his video. You can also follow him on different social platforms some of them are mentioned below. agencies