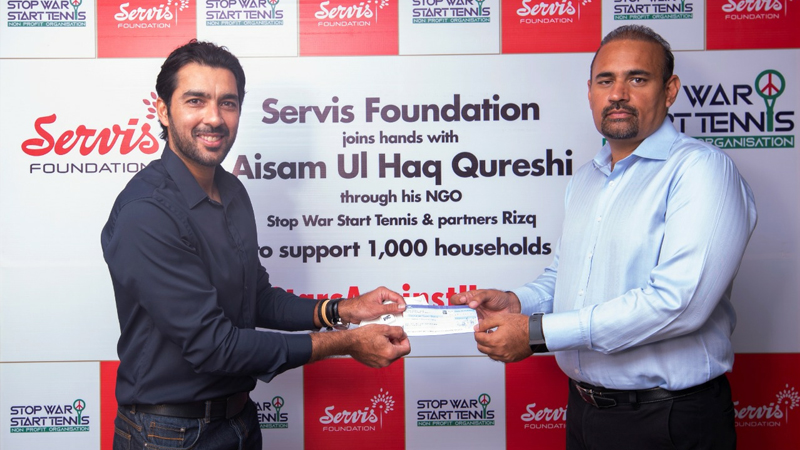 Stop War Start Tennis together with Rizq Trust have initiated the Stars Against Hunger movement. Under this banner, they have rallied national and global superstars to donate signed memorabilia which are then auctioned to support economically-distressed families across Pakistan.

As the COVID-19 pandemic hit Pakistan, Servis Group and its philanthropic arm, Servis Foundation, have been consistently engaged in endeavours to help save lives and secure livelihoods through internal and external means. Eager to contribute to the noble cause of Stars Against Hunger, Servis Foundation won the multi million Rupee bid for the much-coveted tennis shoes donated to Stars Against Hunger by tennis legend Roger Federer. These funds will be used to provide food rations to 1,000 families across the country.

During the meeting, Team Rizq explained their ideology andwork done during the past five years, especially during the COVID-19 situation in partnership with Stop War Start Tennis. Mr. Omar Saeed, Mr. Arif Saeed and Mr. Hassan Javed applauded the initiative being led byMr. Aisam Ul Haq and executed on ground by Rizq. They also admired Rizq’s poverty alleviation model of converting a food insecure family into a sustainable one.