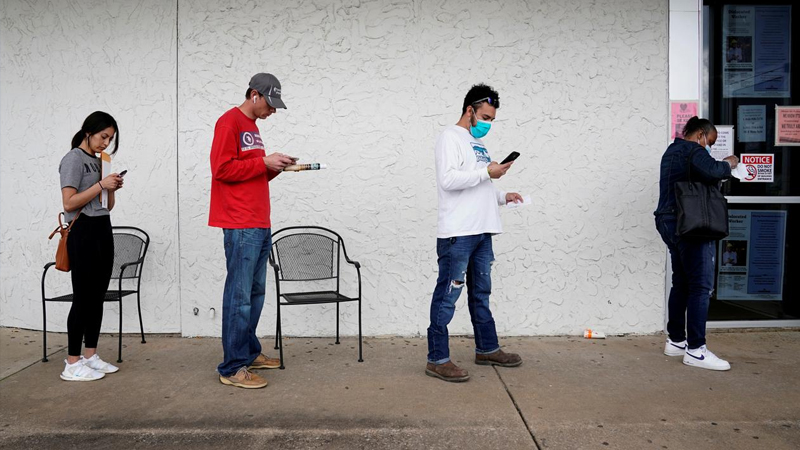 The US unemployment rate dropped unexpectedly in May, but not all workers benefited equally as joblessness among African Americans and Asians rose, signaling some minorities face a longer recovery as the economy slowly rebounds from the coronavirus shutdowns. US unemployment dropped to 13.3% in May from 14.7% in April – defying forecasts for it to approach 20% – as restaurants, bars and other businesses began to reopen and hire back workers let go because of shutdowns meant to slow the spread of the coronavirus.

Construction, healthcare and retail also added jobs in what proved to be a record monthly employment gain of 2.5 million jobs on the heels of April’s record loss of 20.7 million positions.

While it may signal the worst has passed, the data also served up another reminder of US racial inequality at a moment when protests have erupted around the country over police violence against African Americans.

The unemployment rate for black workers edged up to 16.8% in May from 16.7% in April and for Asian workers it rose to 15% from 14.5%. In contrast, unemployment for white workers fell to 12.4% in May from 14.2% in April, a record drop. The household survey, from which the unemployment rate is derived, showed 3.8 million more Americans at work in May than in April, a 2.9% increase in overall employment. But the gains favored whites over blacks as well, with white employment increasing 3.3% while for African Americans it was rose by just 1.7%.

The statistics are a reminder that employment for black workers tends to rebound more slowly during an economic recovery.

In April, the gap between black and white unemployment widened to 4.4% as the rate dropped for white workers but rose for black workers.