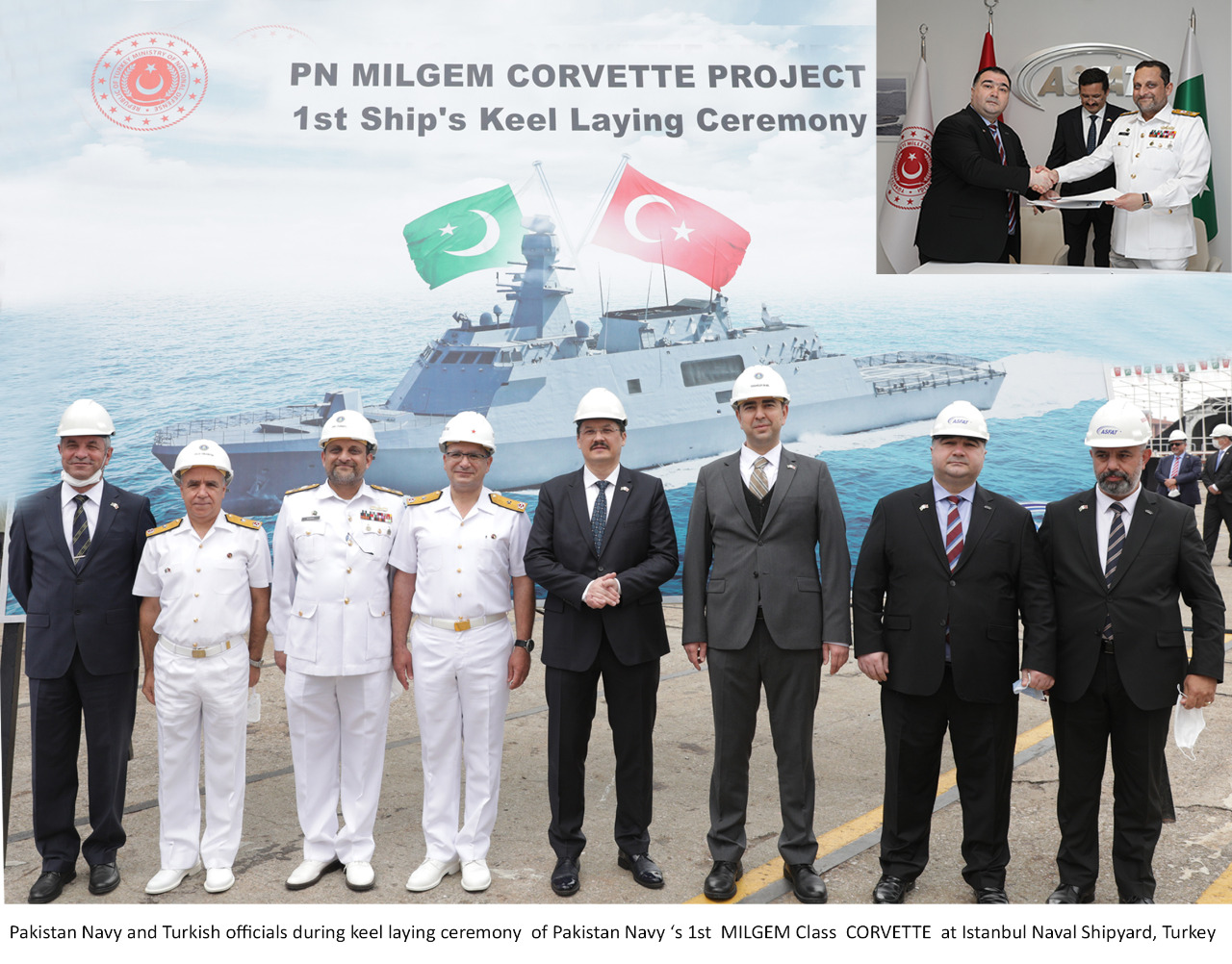 The contract for four corvettes for Pakistan Navy with Transfer of Technology (ToT) was signed with ASFAT (Turkish state owned Defence Firm). The contract entails construction of two corvettes at Turkey while two at Karachi Shipyard & Engineering Works (KS&EW). Construction of corvettes in Pakistan is aimed to provide impetus to local ship building industry and further enhance KS&EW capabilities.

The MILGEM Class Corvettes will be state-of-the-art Surface platform equipped with modern surface, subsurface and anti-air weapons, sensors and Combat Management System. These ships will be among the most technologically advanced platforms of Pakistan Navy and will significantly contribute in maintaining peace, stability and balance of power in Indian Ocean Region.

Speaking at the occasion, the Chief Guest highlighted that the project is manifestation of strong relations between Pakistan and Turkey. He appreciated the MILGEM project for its construction standards, outfitting and performance. The Chief Guest also acknowledged the professional competence of Turkish Defence Firm and Istanbul Naval Shipyard for their meticulous efforts in meeting the timelines despite global crisis of COVID-19 pandemic.

The ceremony was attended by officials of Pakistan Navy, dignities and representatives of ASFAT, Istanbul Naval Shipyard and Turkish Lloyd.