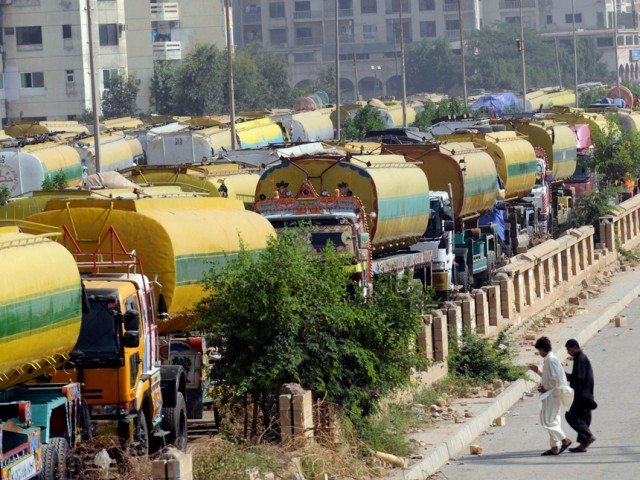 ISLAMABAD: The Oil and Gas Regulatory Authority (OGRA) on Wednesday found six mega oil marketing companies (OMCs) involved in the ongoing shortage of petroleum products across the country and issued show-cause notices to them.

“OGRA has issued show cause notices to six OMCs where major dry outs have been reported and has sought explanation within 24 hours,” said Spokesperson OGRA, Imran Ghaznavi, here yesterday.

He said the action against OMCs had been initiated after review of the Hydrocarbon Development Institute of Pakistan’s report and complaints received through PM’s Citizen Portal about fuel shortage at retail outlets.

“It is being reported in print and electronic media as well as physical verification through Hydrocarbon Development Institute of Pakistan (HDIP) that several outlets are running dry or short of product effecting product availability to the consumers,” OGRA observed in a letter sent to OMCs, a copy of which was available with APP.

The OMCs had also been directed to ensure the availability of petroleum products on most immediate basis and in a timely manner at their retail outlets, keeping in view the demand to avoid any inconvenience to the commuters.

Owing to a sharp decline in international crude price, the government reduced petrol price by Rs7.06/litre, kerosene Rs11.88/litre and light diesel oil by Rs9.37/litre for June 2020.

OGRA also informed the Chief Secretaries of the four provinces, Gilgit and Azad Kashmir in a letter that the shortage of petroleum products was being reported in electronic and print media at the petrol pumps of licensed OMCs. The people are facing difficulties.