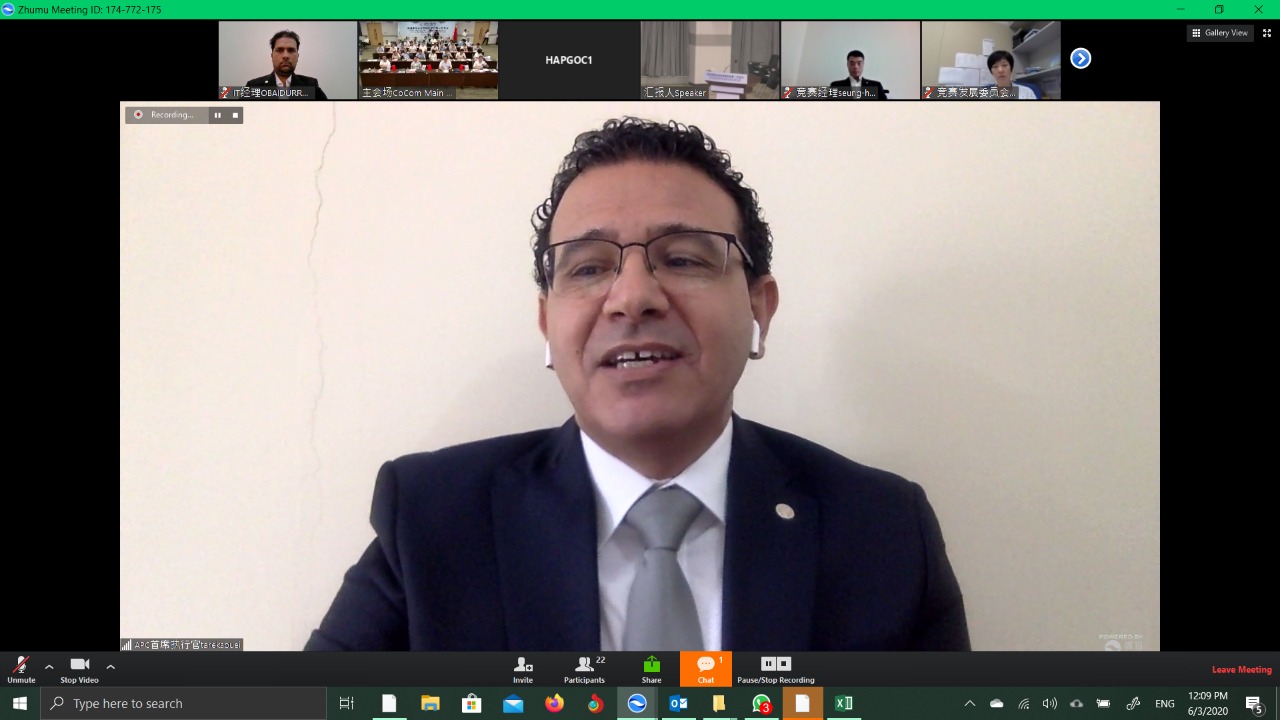 DUBAI: With the Hangzhou 2022 Asian Para Games a little over two years away, the Asian Paralympic Committee (APC) and the Organising Committee of the Games (HAPGOC) held its first Co-ordination Commission meeting focusing on all aspect of the Games delivery on June 2-3, 2020. 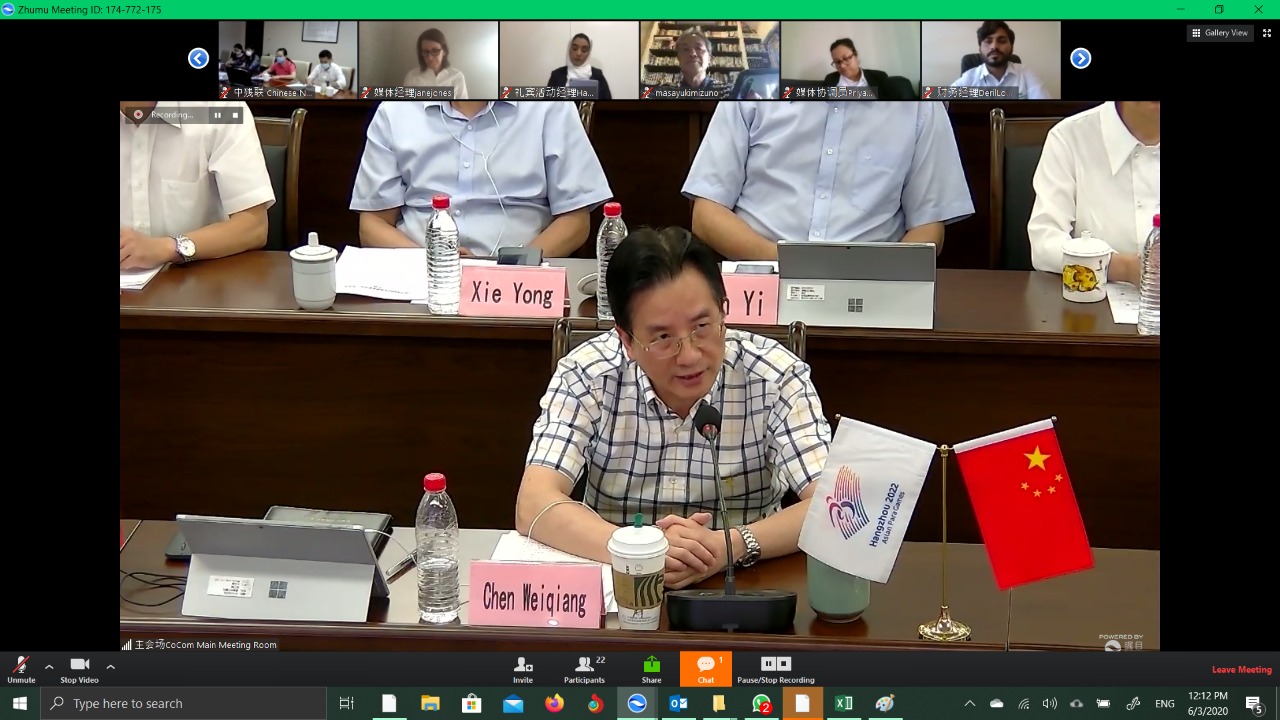 The meeting, held via video-teleconference due to the Coronavirus pandemic, had the presence of officials from the China Disabled Persons’ Federation, the Hangzhou Municipal Government, the Zhejiang Provincial Sports Bureau and the General Administration of Sport of China (GASC) as well as directors of several departments of HAPGOC and APC management. 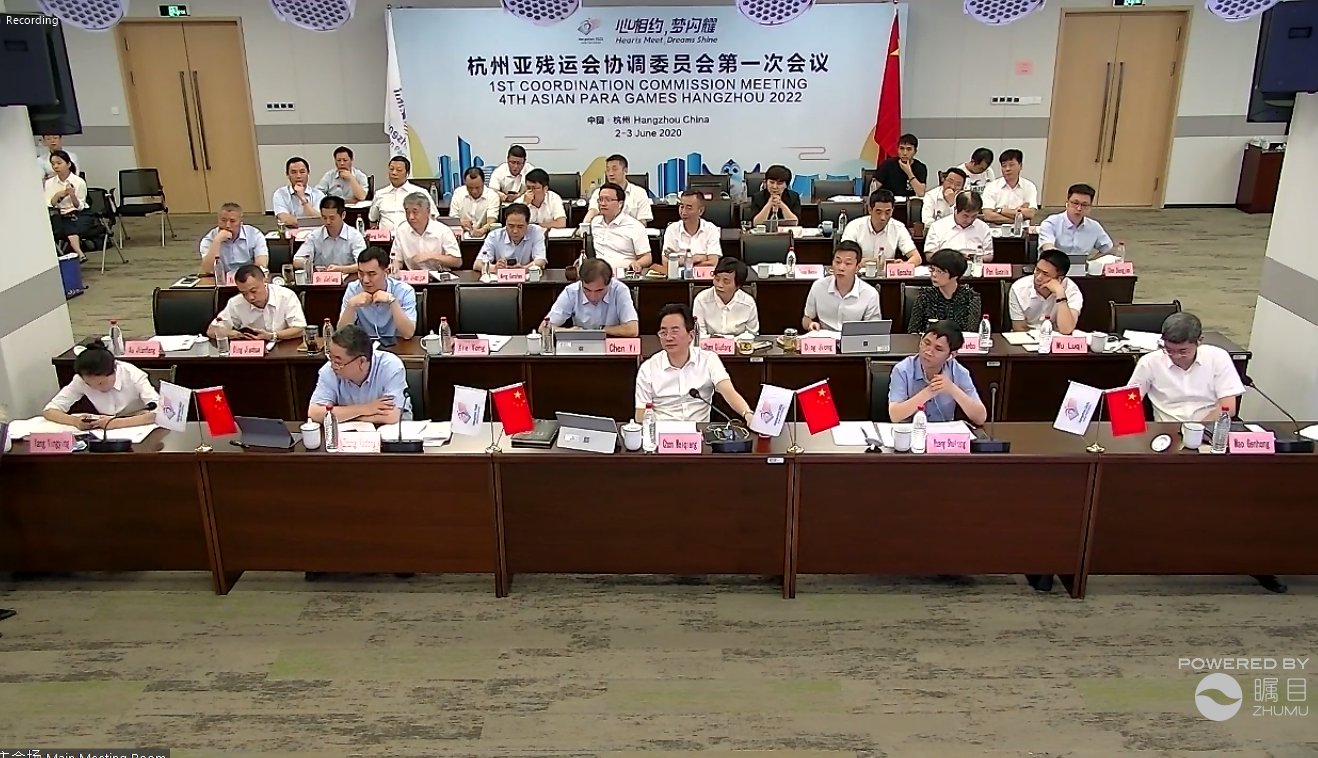 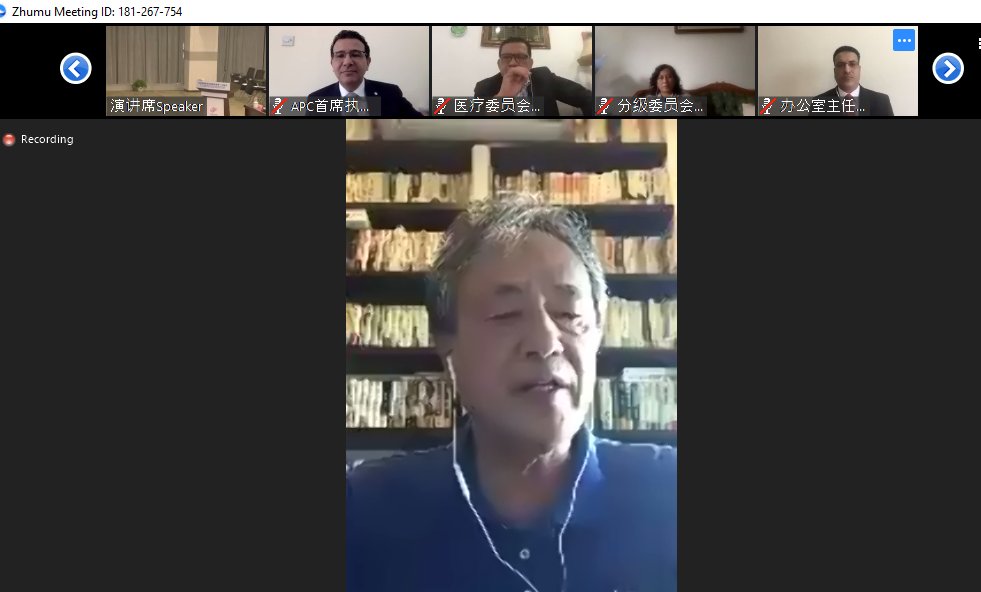 Congratulating HAPGOC on a “great start” to the build-up to the Games that included the impressive emblem, slogan and mascot launch, Mr. Mizuno said: “Although we are meeting under unusual circumstances, it is still a momentous occasion as we begin our journey together towards the Hangzhou 2022 Asian Para Games. In a little over two years’ time, the eyes of Asia will be upon these Games. People across the region will be captivated by both the highs and the lows of competitive sport. They will see beyond the disability to the person behind and will unite in celebrating the very best of humanity.

“The Asian Para Games provides a fantastic platform to get this message across. We saw this at the last Games in 2018 in Indonesia. The APC slogan is ‘together we are stronger’. So, in that spirit, over the next two years let us work together to create the best ever Asian Para Games.”

Games preparations initiated in several areas
During the two days of the Co-Comm meeting, delegates were updated with progress reports and plans ahead on several aspects of the Games including Sport Planning and Operations, Broadcasting and IT, Accreditation, Transportation, Marketing, Media and Public Relations, Ceremonies, Games Village and Venues.

In his remarks, Mr. Weiqiang highlighted that the Games preparations were initiated in various areas including a successful survey of NPC participation intentions, initial drafting of the competition schedule and commencement of construction for competition venues and the Games Village.

“This meeting is very apt in timing and holds importance to exchange ideas with APC on multiple topics. These will be our pillars to clear future steps and continue subsequent preparation in an orderly fashion. Last December saw a successful inaugural meeting of HAPGOC which kicked off Games preparations in all fronts. For the past half year, with the detailed instructions and strong support of APC, CDPF and GASC, HAPGOC has overcome the impact of COVID-19 pandemic and are moving forward with the preparations.

“Recently, the Games Emblem, Slogan and Mascot made global debut with great social reception. In the next two years, we will accelerate preparation of the Games, foresee more challenges and promote the Games better. I believe, with the strong support of APC and instructions from CDPF and GASC, we will surely deliver a successful event presenting a sports and cultural gathering jointly built and enjoyed with Chinese grandeur, Zhejiang style and Hangzhou flavour.”

He also added that the city of Hangzhou is leveraging the Asian Para Games to improve the social contact for people with disabilities and accessible urban facilities, with an aim to create an environment where the vulnerable people are better helped and they enjoy a fuller life.

Strong support from APC
Ms. Meimei, also Vice President of HAPGOC, added: “Having been able to hold this very 1st Co-Com meeting in such a scenario means that our preparations have entered a new stage and demonstrated the very importance attached by APC as well as HAPGOC to this great event. Since the preparation kicked off, APC has been working very hard in the arrangements, co-ordination and technological support. We have indeed received a lot of guidelines from APC and thus this a very good foundation for our working culture in future.

“The Zhejiang Province and Hangzhou city has been attached with great importance in the preparations of the Games. And the HAPGOC has been promoting the competition design, venue construction, brand and popularity with great results. We, at CDPF, have been effectively supporting the Organising Committee in various fields and we firmly believe that this Asian Para Games will be influential in China.”

The Organising Committee launched the Emblem and Slogan – ‘Hearts Meet, Dreams Shine’ in March 2020, while the Mascot ‘Feifei’ was unveiled in April 2020.

The 4th Asian Para Games will be held in Hangzhou, China from October 9 to 15, 2022 featuring 22 sports with Taekwondo and Para-Canoe to make their Games debuts. Around 4,000 Para athletes are expected to compete in 608 sport disciplines during the week-long extravaganza.