Pakistan Army warns India to ‘not play with the fire’ 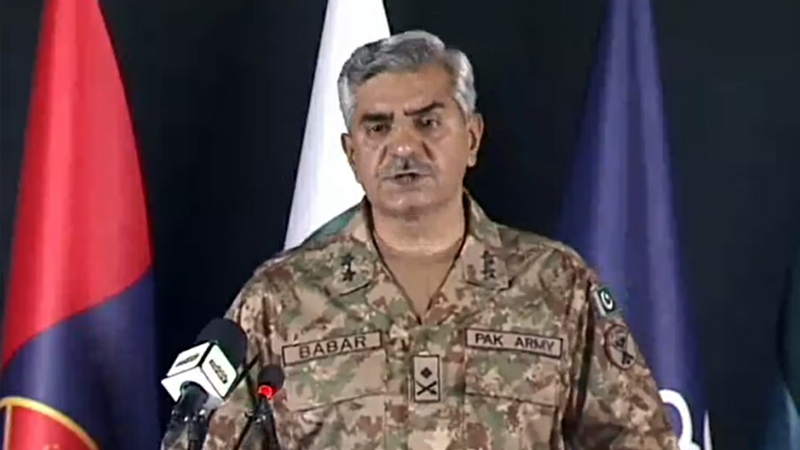 Inter-Services Public Relations (ISPR) Director General Maj Gen Babar Iftikhar on Thursday said that any military adventurism by India will be met with ‘uncontrollable and unintended consequences’, cautioning the neighbouring nation to ‘not play with fire’.

“Being a military spokesperson, let me say this: Indian aggression aimed towards Pakistan will be responded [to] with full might, there should be no doubt about this. We are ready, we will respond and we will respond with full might,” the military spokesperson said while speaking to a private TV channel. “This year alone, 1,229 ceasefire violations have taken place, seven civilians have been martyred and more than 90 have been injured. Many times, their [India’s] quadcopters have intruded on our side [of the LoC] and in the past we have downed some of them, and it has been covered in the media,” he said. “Despite this, senior Indian military leadership talks about alleged intrusion from different launchpads, which I think leaves a question-mark on their capabilities – despite such a well-guarded LoC and counter-infiltration measures, how can someone infiltrate one of the most militarised zones in the world?” he asked.

He went on to say that the artillery deployed by the Indian military during the past few days was in civilian populations so that, in case of counter-bombardment, it will target Kashmiris living in the occupied valley. “The Pakistan Army is responding [to Indian aggression] in the same area, and with the same calibre along the LoC. But we are always trying not to harm civilians living on the other side,” he said. “The people of occupied Kashmir are becoming targets of Indian aggression. Women and children are also included in them. Indian security forces have also not spared innocent seven year olds,” he added.

Commenting on the International Day for Innocent Children Victims of Aggression – which will be celebrated on June 4 (today) – the IDPR DG said, “Looking at this through this lens, thousands of children and young people are becoming targets of Indian pellet guns in occupied Kashmir.” He said that Indian security forces, in an effort to squash dissent, are killing young Kashmiris and not handing over the dead bodies to the families. “They have also levelled strange allegations against Pakistan. It started with, them saying that corona-infected terrorists were sent via the LoC and that is how the virus spread in occupied Kashmir.”

He maintained that all of these actions are indicative of a ‘stage being set’ for the next few months for adventurism with Pakistan. “Our prime minister and the chief of army staff have both conveyed […] that a false flag operation is being planned in India,” he said.

Elaborating the reasons behind this, he said, “Lately, India has faced embarrassment on several fronts. The situation along the LoC between India and China […] they are facing embarrassment over there and want to downplay it,” he said. “On the India-Nepal border, they have faced embarrassment. Then, internally there have been many issues with their Covid-19 management; the migration of labourers – the whole world has seen how it was managed, the virus is spreading and the economy is in doldrums,” he went on to say. “Further, all the steps taken by India in occupied Kashmir since August 5 have backfired. You can relate this to the citizenship act introduced by India, which gave birth to a wave of Islamophobia, that was felt by the whole world,” he further said. “They are facing massive embarrassment and failure at every level,” he said, adding that according to the current Indian leadership, the best way to divert attention from all these issues is through adventurism with Pakistan.

The ISPR DG said the UN Military Observers Group in India and Pakistan (UNMOGIP) has access to areas within Pakistan’s territory, adding that international media has also been allowed access. “Access in Pakistan has not been denied, and if this access is given – to international observers and the media – on India’s side, then many things can be cleared,” he said. “The allegations that they have levelled [against Pakistan], there is no issue of collecting empirical evidence of these. All these options are available,” he added, and reiterated that there will be consequences in case of any military adventurism by India.