The police are the key department for handling internal matters of the country. Police are taking a wide range of initiatives to improve image of the department among masses. COVID-19 has spread out around the globe in a strikingly magnanimous amount, in recent times, affecting everyone. Due to COVID-19, people are facing serious social and economic issues. Policing in Pakistan is rather tough anyway because of the lack of facilities and getting paid with challenging salaries. Police is a service rather than a force. In this regard, police officers are delivering their services at any cost despite of facing challenges and hurdles.

Around the world, different approaches have been used by police departments to help citizens. Police have opened doors for winning hearts of the public in the history of Pakistan. The efforts of police can neither be ignored nor rejected. At the time of pandemic, police have won hearts and minds of many people. Due to such initiatives public openly appreciates the efforts of the police. During the crisis of COVID-19, police has come up with public friendly initiatives across the country. In a broad sense, it is clear that policing is changing nationwide. The image of the police has been improved among masses. Police officers in Pakistan work relentlessly day and night for the safety of public without rest as well as giving time to their own families and children. While getting low salaries, police officers including Punjab, Sindh, Khyber Pakhtunkhwa (KP), Balochistan, Islamabad Capital Territory, Gilgit-Baltistan (GB) and Azad Kashmir come forward for delivering services to assist public.

The efforts of police can neither be ignored nor rejected

By counting heart winning initiatives of police, it starts from distribution of masks and sanitizers among public, ration and necessary food items at the door steps among poor citizens to organizing of blood camps and paying house rents. Police have made remarkable efforts without using force but delivering services with zeal and spirit. Police have created awareness in all the cities of the country to educate people about social distancing and staying at home to curb the spread of the virus. Police officers have organized blood donation camps for thalassemia patients countrywide where officers of different ranks have donated blood. Remarkably, police officers have visited residence of martyrs of police as well COVID-19 patients at their residence and presented flowers. 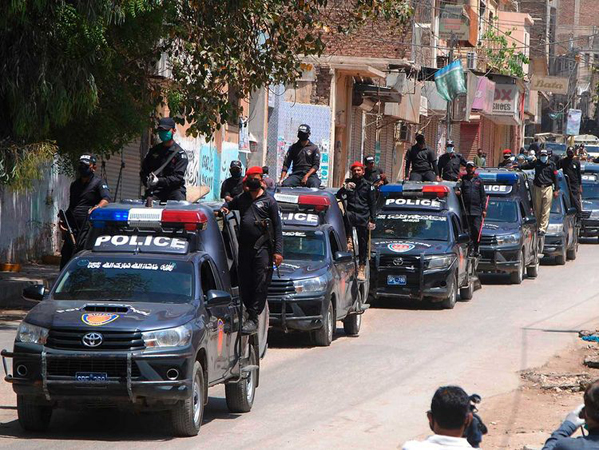 During the crisis, Pakistan Police has taken revolutionary steps and is leading by taking initiatives. Punjab Police is a massive force comprising strength of 198,960 (uniformed and non-uniformed) in the country. The police has come forward to help with funds and set up “Police Relief Fund for Coronavirus” at central police office in Lahore. In the initiative, officers from the level of constable to Inspector General (IG) have taken part and donated their salaries. So far Rs 55 million has been deposited in the relief fund. The core purpose of the relief fund is to facilitate 20 thousand affected families and provide relief to them across the province. After contracting with COVID-19, Punjab police has compensated their personnel by giving Rs 25,000 each who is infected by the virus. Punjab Police has also set up the first “Khidmat Markaz and Reporting Center for Transgender” in Rawalpindi to protect rights of transgender community. In Lahore, a person could not pay his house rent and a police officer came forward to help the daily wager and paid his house rent. Such examples cannot be found around the world in policing. Similarly, KP and Islamabad Police have initiated certain initiatives including distribution of ration among the poor and affected families. In this regard, Islamabad Police have distributed ration in many parts of the capital territory through “Dastak Programme” to help the needy. Additionally, Islamabad Police have also engaged volunteers and made teams of volunteer to create awareness among public regarding social distancing and staying at home at the time of pandemic. Meanwhile, the KP police has distributed food among poor citizens at the starting of holy month of Ramadan. A station house officer in Peshawar has installed a sink in own capacity for washing hands whoever visits the police station. In Sindh, police have shared lunch with children on roadsides and also helped disabled person at centers of Ehsaas program an initiative of the federal government to help poor families.

The wrong perceptions have been converted into positivism about policing in Pakistan and police are winning hearts. Such initiatives are commendable and they are giving message to other institutes of the country to facilitate all those who are striving from poverty and hunger. Basically, these things are filling the gaps between police and public. Everyone praises and appreciates police efforts during the pandemic. It is requested that public should cooperate with the police. The public and media should acknowledge the efforts and sacrifices of the police because they are human beings and part of the society. Our police deserve more respect and appreciation. Better police can make better Pakistan. SalamPolice!