Hazara people might not die from COVID-19 but from hunger 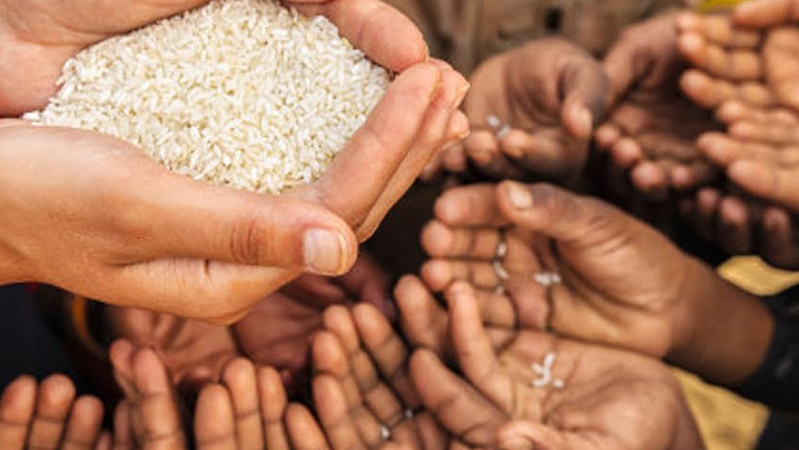 The coronavirus pandemic has ‘polluted’ the whole world. Likewise, its intensity is increasing throughout the Hazara division, but due to the lockdown losses of lives are under control to some extent. However, a majority of the people belonging to the lower class is facing extreme poverty; hence, most of the paupers are knocking the doors located in populated areas for money to feed their innocent children. If the situation continues, there would be an increase in poverty with each passing day.

Most of the business men found to face mental torture and agonies because of zero earning on the basis of consecutive lock down as well as restrictions had compelled them to stay indoors.

A majority of white collared egoist and omniscient population are prey of insolvency, but how long they could survive in such a situation onward? The government herself compelled to provide sufficient financial assistance to various class people enabling them to pass their lives conveniently as well as comfortably. The aloof countries were facing same hardship; hence, unable to help Pakistan was another problem being prevailed around the world over. The increasing ratio of coronavirus expected to be spread more and more if the lockdown would be opened, this Pandora box surging miseries of the people at large as no remedy of vaccine discovered by any of the country to overcome the issue.

The most irksome obstacle was the lone issue for redressing to put away such a difficult task which was enforced by the God Almighty Allah in every nook and corner of the world over. Hence, we need to mull over the firstly the coronavirus spreading rebuffing. So following the same circumstances, everyone would have to convert himself a fatalistic minded instead which no other mandatory device could appear on the surface. Everybody should quit provisioning any more disobedience of worships when the solution for such fatal diseases conclusion hidden in pardoning from the God Almighty Allah but no other way to exit from such horrible calamities, otherwise, we cannot anticipate for peace and tranquillity. Moreover, instead adopting such methodology no way out could emerge in front of the humanity to get ease.

Everybody is facing fear and tense because of hovering the fatal disease coronavirus pandemic on the head of peoples that cannot be resolved such a difficult situation to cut down its precluding basement by using rationalistic approach. The country was looted and plundered by few elements to deprive the peoples from its own moral, while the coming government has no remedy instead to beg foreign debts that could create more and more problems for the countrymen. Following the same aspect we should refrain from taking foreign debts to put the country’s economy in the room of bankruptcy.

In addition, we should follow our income resources, later to determine successful way unto the efficacious destination of survival with peace and harmony. The country’s autobiography was self-explanatory to all of us to watch it minutely failing which we cannot proceed further for achieving good and the nice situation that could bring us at the channel of prosperity.