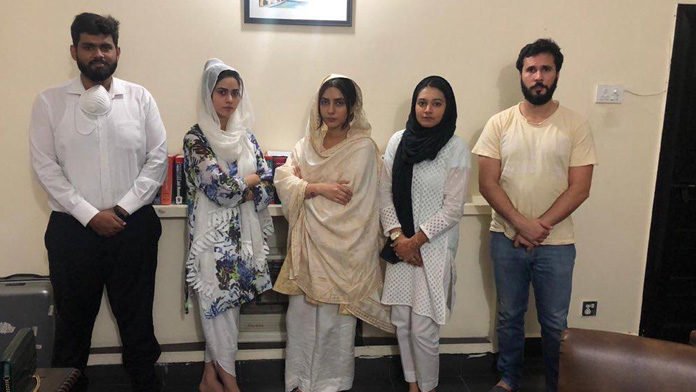 LAHORE: Days after a local court issued the arrest warrants for the three women who attacked actress Uzma Khan and her sister, reports emerged on Monday that both parties have settled the matter out of court.

Now there are reports that the matter has been settled and according to Uzma’s lawyer Khadija Siddiqui, there might have been a settlement between the two parties due to which she has withdrawn from the case.

Khadija further said that there was a lot of pressure on Uzma Khan and her sister during the past few days and a settlement appeared to be on the cards. “But now that speculations about the same are strong, so I cannot be a part of the case anymore as it would compromise my stance,” she added.

A day later, the actress held a press conference at the Lahore Press Club, where her legal team claimed that the house the accused broke into did not belong to Usman or his wife Amna, a claim that had been made by the latter in a video, but instead their client was the legal occupant of the property. However, Pakistan Today found that the property in Defence Housing Authority (DHA) was rented out to one Fahad Noor in January and the landlord did not even know that she was residing there.