* Imran Khan says he is in favour of opening tourism sector as well
* Testing regime for airports abolished from today; only symptomatic patients will be tested on arrival now 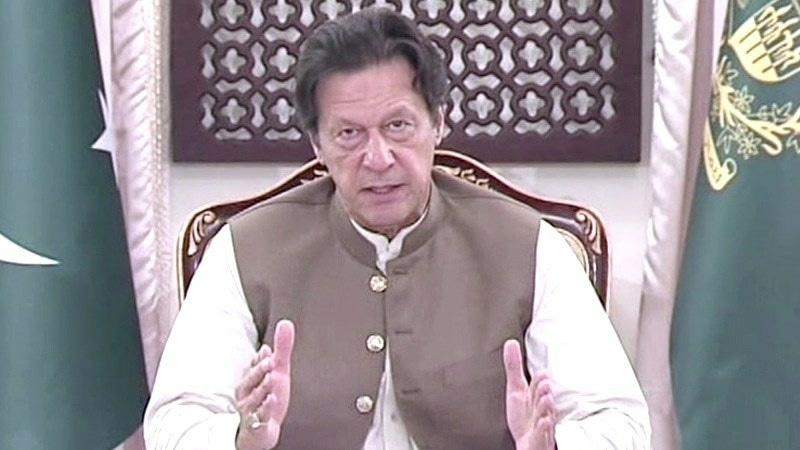 Prime Minister Imran Khan while making a passionate appeal to the people to behave like ‘a responsible nation’ in the Covid-19 situation, Monday indicated to open more sectors of economy, including tourism to minimize negative effects of lockdown on the country’s 25% population living below the poverty line.

“Over 50 million people in Pakistan cannot afford two-time meal if they do not go to work. We have a totally different situation when compared with other countries like China, the United States and Europe,” he said in comments telecast live after the meeting of the National Coordination Committee (NCC), during which the latest Covid-19 situation was discussed in detail.

Imran Khan said as it is very clear that the coronavirus will not end till the availability of a vaccine, the people in every field of life will have to live with it and protect themselves by taking preventive measures and following the standard operating procedures (SOPs). The United States, which has lost over 100,000 lives due to COVID-19 and provided $3 trillion to stimulate its economy, he said, is now deciding to open its markets to save its economy. “The virus will spread and the number of deaths can rise. But if we have to survive, we will have to follow the SOPs,” he added.

The prime minister said besides the construction and some other industries, he is also in favour of opening the tourism sector, which is a source of income for the poor people living in hilly areas during three to four months of the summer season. He, however, added that the decision to open the tourism sector will be taken only after the governments of Khyber Pakhtunkhwa and Gilgit Baltistan finalize the SOPs for the sector.

Imran Khan said doctors, elite, and the poor all have diverse opinions but it is the downtrodden ones of the society who do not have a voice. “After doing calculations, we figured out that there are 25 million people who are daily wagers and who get paid weekly and whose households have to remain hungry if they do not earn for one day,” he said, adding those families comprise 12-15 million people in total. The labourers and daily-wagers, he added, are part of the informal, unregistered economy. “The virus spreads at a fast pace and imposing lockdown is not the cure to it … it only slows the spread of the virus. The lockdown helped reduce pressure on doctors and health workers in hospitals,” he said.

“A lockdown is different for different people in Pakistan as well. There are people who live in palaces and there are those who live in slums – their approaches to the lockdown were different,” the prime minister said. “Some 30-35% people in Karachi live in katchi abadis. What effect will the lockdown have had on them? On the one hand, we have the wealthy elite, whose attitude is completely different and who are demanding lockdown because there is a lockdown in Europe. On the other hand, we have the poor people and households where seven, eight or 10 people live in one room, the taxi- and rickshaw-drivers, the daily-wagers,” he said. “I did not want a lockdown like the one that was imposed in Pakistan but due to the 18th Amendment, the provinces had the authority and took their own decisions due to pressure,” he further said.

“I would not have stopped business and construction as we had to balance the situation. Coronavirus is not going away unless until a vaccine is not formulated,” he added.

Earlier, the provincial chief ministers agreed to the negative list proposed by the National Command and Operations Centre (NCOC) to allow operational activities to the leftover economic and industrial sectors halted due to Covid-19 pandemic.

The provincial chief ministers had joined the NCOC meeting through video link which was chaired by Minister for Planning, Development and Special Initiatives Asad Umar. Chief Minister Punjab Usman Buzdar expressed his agreement on the negative list aimed at allowing the leftover closed economic sectors with strict compliance of Standard Operating Procedures (SOPS). He suggested the forum to review the testing regime as every single individual cannot be tested and the policy should be reduced to testing of only symptomatic and affected patients.

Chief Minister Khyber Pakhtunkhwa Mehmood Khan also supported the negative list. He highlighted the issues faced by overseas Pakistanis stranded in Saudi Arabia and requested the forum to provide assistance in this regard.

Balochistan chief minister was represented by the parliamentary secretary who conveyed the comments of Chief Minister Jam Kamal Khan. She mentioned that SOPs compliance is a major challenge in the province and, therefore, it is not possible to open up schools in the prevailing contagion.

Gilgit Baltistan Chief Minister Hafiz Hafeezur Rehman also agreed to the proposed negative list and said that GB has already closed the sectors flagged in the list. He underscored the need for a budgetary support for the province as its tourism sector, the backbone of the province, has borne the brunt of economic crunch due to the lockdown. He noted that the tourism sector will remain closed till the outbreak risk reduces.

Prime Minister Azad Jammu and Kashmir (PM AJK) Raja Farooq Haider Khan said that there is a need to deploy provincial health assets on the airports of the country for swift screening and credible data gathering. He said that the AJK administration fully agrees to the halting of the tourism sector till the pandemic fades away.

Special Assistant to the Prime Minister on National Security Dr Moeed Yusuf informed the forum that testing regime for the airports was going to be abolished from the 2nd of June where only symptomatic patients would be tested on arrival whereas the asymptomatic arrivals would be home quarantined and put under the track and trace system. He added that two 777 aircrafts were going to fly for KSA to bring back 26 dead bodies of the stranded Pakistanis.