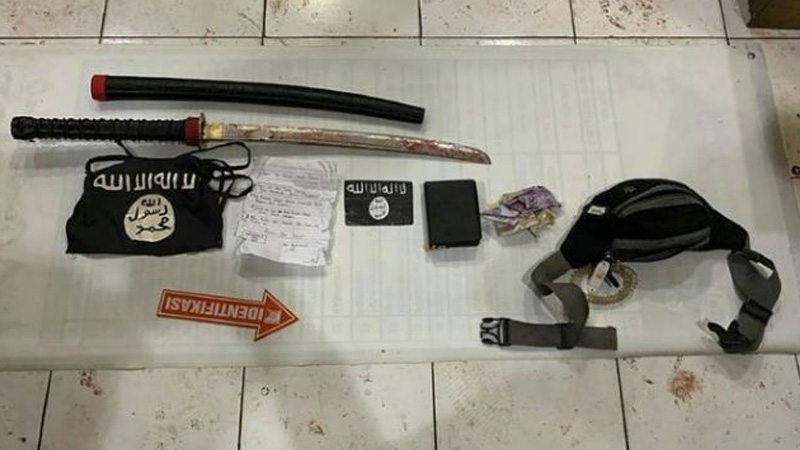 A sword-wielding militant killed an Indonesian policeman and critically injured another on Monday, authorities said, in an attack claimed by the Islamic State group. The attacker was shot dead during the early morning raid at a police post in South Daha district on Kalimantan — Indonesia’s section of Borneo island. The militant — identified as a 19-year-old local named Abdurrahman — initially set a car on fire outside the police post, South Hulu Sungai police chief Dedy Eka Jaya told AFP. “When it exploded, one of the officers came outside to check and that’s when the initial attack started,” Jaya said. “One police officer was killed and the attacker also died,” he added. Indonesia, the world’s most populous Muslim-majority nation, has long struggled with Islamist militancy and is home to dozens of radical groups that have pledged loyalty to Islamic State’s violent ideology. IS claimed credit for the fatal attack on its website. “One of the soldiers of the Caliphate attacked a station for the apostate Indonesian police in the Kalimantan area, which led to killing… and burning a vehicle, and unto Allah is all praise,” the group said.