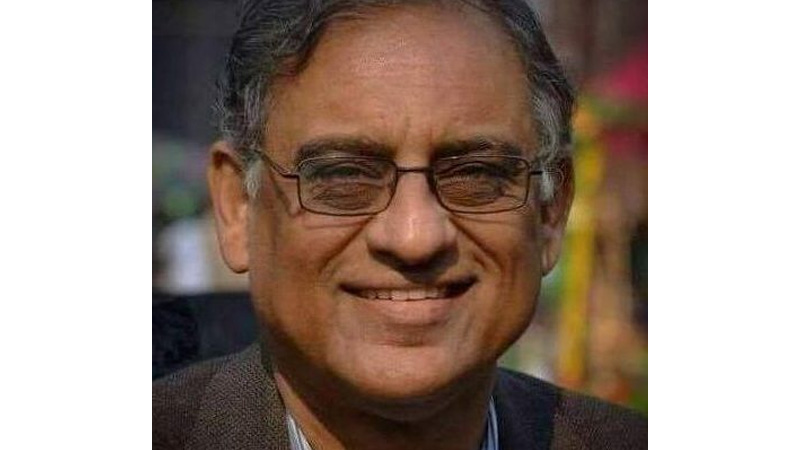 Renowned write and critic Asif Farrukhi departed from this world on Monday due to a heart attack, his family confirmed. He was 60.

Known for his short stories and essays, he was also a founding member of the famed Karachi Literature Festival (KLF). Farrukhi was the professor of practice at the Habib University’s Arzu Programme for Languages and Literature as well as the director of the varsity’s Arzu Centre for Regional Languages and Humanities.

“We request our readers to say a prayer for Dr Farrukhi and may he rest in eternal peace,” it added. According to his profile on the Habib University’s site, Farrukhi had completed his MBBS at the Dow Medical College, Karachi, in 1984. After that he obtained a master’s degree in public health, with a focus on international health from Harvard University in 1988.

The renowned writer also completed a short course on health economics and financing from the London School of Hygiene and Tropical Medicine in 2012 and served as senior instructor in Community Health Sciences at the Aga Khan University, Karachi. From 1994 to 2014, he served as the health and nutrition programme officer at the United Nations Children’s Fund (UNICEF). Seven collections of his short fiction and two of his critical essays have been published. He also published translations of prose and poetry from modern and classical writers.

Farrukhi’s recent publications include a collection of new critical essays on Manto and Look At The City From Here – an anthology of writings about Karachi. He also contributed regularly to the English-language press.

Meanwhile, expressing grief over the demise of Dr Farrukhi, associate professor of sociology at the Lahore University of Management Sciences (LUMS), Nida Kirmani, said Farrukhi was “a cultural and intellectual beacon for this city”. Prominent Pakistani author and journalist Mohammed Hanif also expressed grief over his demise.

“For past one week every single day someone I knew closely has died. Today Asif Farrukhi. Sigh,” Hanif wrote on Twitter.

Ziauddin University Vice Chancellor Dr Pirzada Qasim Raza Siddiqui also extended his condolences. “We have lost a prominent name and an intellectual today.” “The late Dr Farkhi was also an excellent translator who did simple Urdu translations of many well-known books which are very popular among the readers today”, Dr Siddiqui added.