The Ethics of Designer Babies

There are 200 of these embryos to choose from, all made by in vitro fertilisation (IVF) from you and your partner’s eggs and sperm. So, over to you. Which will you choose?

Creating genetically-modified babies is both ethically justifiable and “highly desirable”, according to an Abertay University bioethicist.

Dr Kevin Smith claimed the risks of gene editing were now low enough to justify its use with human embryos.

Dr Smith said an “ethically-sound attempt” could be less than two years away.

China said he had acted illegally and “in pursuit of fame and fortune”.

Through preimplantation genetic diagnosis, physicians now routinely test embryos for hundreds of genes. Parents can thereby select embryos with certain genes to avoid particular diseases — or to pick the sex of their future child. Since 1978, when the first child, Louise Brown, was born using in-vitro fertilization, this and other assisted reproductive technologies have expanded immensely, creating over a million babies.
About 12% of all couples experience infertility. Increasingly, women who delay childbirth to pursue careers, single men and women, and gay and lesbian couples are also using assisted reproductive technologies, which account for about 10% of all births in Denmark.
Because preimplantation genetic diagnosis allows parents to avoid transmitting mutations to children, CRISPR will unfortunately probably be used to enhance progeny with socially desired traits such as height, certain athletic abilities or intelligence. Such uses will be very profitable.
Due to high costs, assisted reproductive technologies, including preimplantation genetic diagnosis, are not available to everyone and are thus altering how thousands of affluent people — but not poorer individuals — thrive and live. Wealthy individuals are eliminating certain lethal mutations from their offspring while the less affluent cannot. Several types of cancers and other diseases that have affected both the wealthy and the poor alike will disproportionately affect the poor as a result.
Selection of embryos to prevent lethal diseases offers clear benefits, but government and insurers should work to make this service available to everyone, not just the rich.

The simplest and surest way to “design” a baby is not to construct its genome by pick’n’mix gene editing but to produce a huge number of embryos and read their genomes to find the one that most closely matches your desires.

Two technological advances are needed for this to happen, says bioethicist Henry Greely of Stanford University in California. The production of embryos for IVF must become easier, more abundant and less unpleasant.

And gene sequencing must be fast and cheap enough to reveal the traits an embryo will have. Put them together and you have “Easy PGD” (preimplantation genetic diagnosis): a cheap and painless way of generating large numbers of human embryos and then screening their entire genomes for desired characteristics. 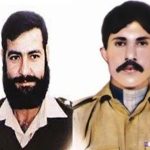