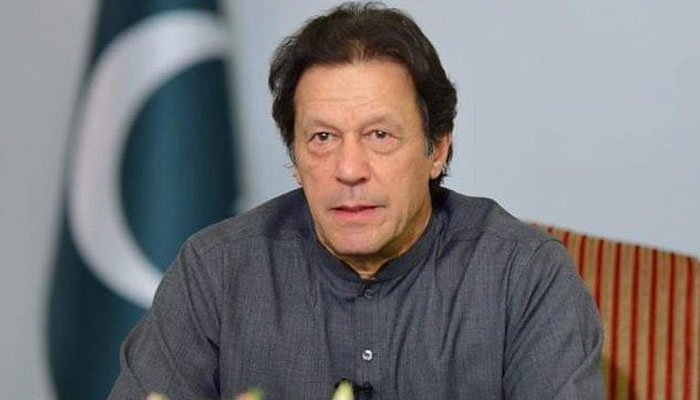 Prime Minister Imran Khan on Monday gave go-ahead for the launch of “Protected Area Initiative” under the umbrella of Green Pakistan Programme.

The go-ahead for “Protected Area Initiative” was given by the prime minister during a meeting with Advisor on Climate Change Malik Amin Aslam Khan, who called on him here.

The meeting was in continuation of the “Green Stimulus” package approved by the prime minister in April 2020, wherein 65,000 youth/daily wagers, who were facing unemployment in the wake of COVID-19, would be utilized for plantation across the country.

The “Protected Area Initiative” would involve establishment of 12 national parks in the country with the aim to preserve and protect wildlife and plantations.

The Prime Minister directed that all the provinces should be taken on-board for this initiative at the highest level i.e. the Chief Ministers.

He further emphasized that the initiative would not only provide employment opportunities in the wake of Covid-19 pandemic, but would also help protect the natural resources of the country.

The Prime Minister will launch the “Protected Area Initiative” soon after the Ministry of Climate Change completed the process of consultation with stakeholders.

He was addressing a signing ceremony of the five-year ‘Pakistan Hydromet and Ecosystem Restoration Services project’ agreement on Monday.

Under the agreement, the World Bank would join hands with Pakistan and providing funding and technical support to latter’s disaster resilience and ecosystem restoration initiatives through more reliable and timely weather forecasting, improved disaster risk management services as well as overall environmental sustainability and achieving green growth targets of the country.

The advisor Malik Amin Aslam highlighted, “This is the first time that Pakistan has successes to win heft funding of US 188 million for an ambitious five-year project that aims to address environmental degradation, deforestation, climate change-caused disaster risks in the country through nature-based solutions such as increasing forest cover, strengthening hydro-meteorological forecasting for effective delivery of disaster risk management services.”

Explaining about the Green Economic Stimulus, Malik Amin said that it supports the objectives of 10 Billion Tree Tsunami Afforestation Project, which is aimed at bolstering plantations, setting up of nurseries, natural forests, and promotion of honey, fruits and olive plantation in Pakistan. Under the package, a ‘Green Nigehabaan’ initiative would also be launched to provide thousands of job opportunities to youth and daily-wagers in the first phase by making them a part of the plantation campaign. The Green Economic Stimulus also promotes the Clean and Green Pakistan Movement, which adopts a holistic approach and aims at reducing and alleviating pollution of air, ground and water, he added.

He also told the ceremony participants that the climate change ministry has already launched the ‘Ecosystems Restoration Initiative’ (ESRI) which is an ambitious initiative that focuses on applying the nature-based solutions to bolster Pakistan’s climate change adaptation and mitigation objectives, while addressing issues like livelihoods and reducing damages from natural disasters.

He said that the current COVID- 19 pandemic situation has brought a new set of challenges for Pakistan like many other countries, including social, political and even to human survival. As a result, it has become increasingly challenging to sustain the livelihoods of millions of people, while putting in place effective safety measures.

A recent assessment indicates that up to 19 million people could be laid off due to the lockdown situation, bringing extreme challenges for the government to ensure economic survival of the communities, Malik Amin Aslam cautioned.

“But the Government of Pakistan has very ably utilized the situation to ensure economic sustenance of people and converting the challenge into an opportunity through now what is the world-acclaimed Green Stimulus initiative, which has been approved by the Prime Minister Imran Khan as a part of his government’s efforts for ensuring economic security in the wake of the Coronavirus pandemic,” he emphasised.

Malik Amin also said that the Government of Pakistan has converted this into an opportunity by launching the Green Stimulus Package to support the 10 Billion Tsunami Afforestation Project, which is promoting forestry sector by engaging workforce for raising plantations and other conservation related activities all over the country.

He further mentioned that the Green Economic Stimulus also promotes the Clean and Green Pakistan Movement, which adopts a holistic approach and aims at reducing and alleviating pollution of air, ground and water.

Due to its success of the green initiatives of the present government, Mr. Amin told participants that that Pakistan’s climate change agenda and specifically the Green Economic Stimulus as a response to current pandemic has received wide acclaim from global platforms including United Nation’s Secretary General, World Economic Forum, UN Environment and the global Climate Change Convention. He further expected that this timely initiative would being long-term economic benefits by diverting political and human resources, for conservation of environment, besides support in building Pakistan’s resilience to climate change.

As a result, the Pakistan Hydromet and Climate Change Services Project (PHSCP) has been agreed between Government of Pakistan and the World Bank, with an objective to strengthen delivery of reliable and timely climate change and hydro-meteorological services and enhance community resilience to shocks, including socio-economic disruptions caused to communities by climate risks, health emergencies, food security and natural disasters, the advisor added.

World Bank’s Country Director to Pakistan, Illango Patchamuthu, said that World Bank has been always instrumental in supporting Pakistan for overcoming environmental and climate change related challenges and this new project is reflection of that commitment of his organisation.

“However, we hope this new initiative will take Pakistan’s climate-resilience and disaster management capabilities to new height through furtherance of bilateral relations between government of Pakistan and the World Bank,” he said.

“We at the ministry will leave no stone unturned to provide all-out support to the project of unprecedented significance in all possible means for its successful implementation.”

Representatives of the National Disaster Management Authority and Pakistan Disaster Risk Management Fund were also in attendance and spoke to the ceremony.