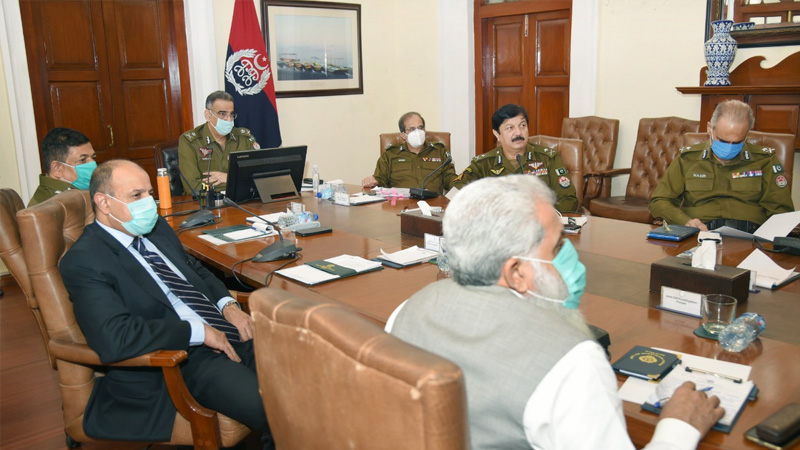 Inspector General of Punjab Police Shoaib Dastgir has said that investigation of cases of women and child abuse should be done under the supervision of DPOs at any cost, and there should be no delay in taking departmental action against those who cause delay in submission of DNA sample in such cases.

He further said that district police chiefs under their supervision should start a special campaign meant for arrest of dangerous criminals and professional accused involved in hardened crimes in all districts of the province so that process of protection of wealth and lives of people and supremacy of law may be boosted up. He further said that monitoring and inspection process should be continued in order to improve the performance of model police stations established in the province and briefing should be given to the staff deputed over there for improving service delivery. He stressed that intelligence based operations should be speeded up against those anti-social elements who are involved in drug selling in the vicinity of educational institutions so that young generation may be saved from destructions of drugs.

He further said that law violators involved in manufacturing of metallic reel of kites, its use and selling should be behind the bars and patrolling plan of Dolphin, PRU and other patrolling forces should be enhanced and reviewed where kite flying incidents are on rise so that precious lives of citizens may be saved by putting such callous criminals behind the bars. He moreover said that crackdown by Police teams should be quickened for reducing incidents of aerial firing and display of weapons and there should be no leniency for those who upload firing video on social media.

He further added that it is top priority of the department to save the force from corona pandemic who are on the frontline so in all districts, force should be provided with facemasks, hand sanitizers and protective kits without any interruption and if in this regard, any help with respect to resources is required then central police office should contacted so that purchase of protective stuff may done on priority basis. He further said that security plan of sensitive places and offices should be reviewed and all available resources and steps should be taken to improve security arrangements. These directions were given to officers by him when he was chairing a video link crime meeting at Central Police Office. During the meeting, monthly crime situation and police actions were examined whereas all RPOs, CPOs and DPOs participated in this crime meeting via video link.

Addl IGP operations Inam Ghani briefed about dangerous crimes of all ranges and districts and also told about performance of Police whereas IG Punjab stressed upon officers that police crackdown should be further speeded up in order to control dangerous crimes like robbery, dacoity, murder and kidnapping on ransom and officers showing good performance should be encouraged so that they perform their duties with more commitment. IG Punjab further said that projects launched for facilitation of citizens should be necessarily inspected and monitored therefore all officers should speed up process of inspection in accordance with the devised SOPs and officers and officials deputed over security duty should be properly briefed about challenges posed by them so that they may perform their duties by keeping themselves high alert and active. He further said that process of coordination with departments concerned should be quickened for acquisition of land of buildings of Police stations so that this process should be executed as early as possible.