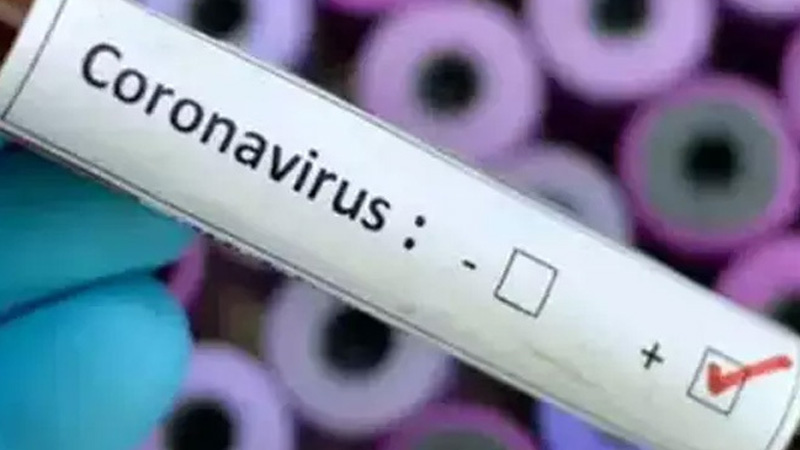 As many as 22 employees of Naundero House have tested positive for coronavirus out of 137 samples collected a few days ago by a team of doctors.

It was reliably learnt here on Monday and a list of 20 persons was also viral on the social media. As per the list, four of them are police constables who are performing security duty at the house and others include driver of the estate manager, survey team members, electricians, Malhis, kitchen staff, telephone operator, sweeper and watchman. Sources said that all of them have been isolated at their respective homes.

On the other hand, three Additional Medical Superintendents of Chandka Medical College Hospital (CMCH) have also been tested positive, sources claimed, adding, COVID-19 ICU incharge has also been suspected of having contracted the virus which has increased the work load on other front line warriors. The incharge has isolated himself at his residence.

Meanwhile, one patient admitted in the COVID-19 ICU died on Monday bringing the death number to 13. He was 65 and belonged to Syed family of Sukkur. He was shifted to ICU few days ago.

In this connection, incharge District Health Officer (DHO), Larkana, Dr. Athar Shah, was contacted to confirm the news but he did not attend the phone. Similarly, Bhutto Estate Manager, A D Bhutto, was also contacted for confirmation but he disconnected the call. Bhutto is also chairman, municipal committee, Naundero.

However, a reliable source at the DHO office confirmed that at the very outset 50 samples were obtained out of which two were detected positive, adding, after which 20 turned out to be positive when 87 samples were again obtained of left over employees and other staff working there.

On the other hand, Operation Manager, UBL, Madeji branch, has also been detected positive due to which branch has been closed for a week for disinfection. Account holders suffered so much as they were seen standing outside the branch without any help, report reaching here claimed.

Meanwhile, questions have been raised over the efficacy and quality of testing kits being used by COVID-19 government laboratories. Prof. Saeed Ahmed Sangi, known cardiac physician, wrote on his social media account that when he got himself tested at recently established COVID-19 laboratory of Chandka Medical College Hospital he was determined as positive. He said then he got himself tested from a private laboratory where he was detected COVID-19 negative. He then asked whom to believe and what to do adding, he however has quarantined himself as a precautionary measure.

Another example surfaced when a government bank employee Abdul Razak Katpar was shifted to Karachi few days back for treatment at a known private hospital where he was tested positive whereas sample was also given to a collection center of a well-known private laboratory in Larkana before leaving for Karachi which detected him COVID-19 negative.

The employee expired in Karachi and his body was handed over to the heirs on the intervention of an influential officer which was laid to rest in Naundero on Sunday. Katpar had collapsed in the bank branch and was also suffering from diabetes.

This has created doubts and panic among the people who have started murmuring that authorities are either using substandard kits or untrained staff has been posted in the labs or there is no existence of the deadly virus pandemic.