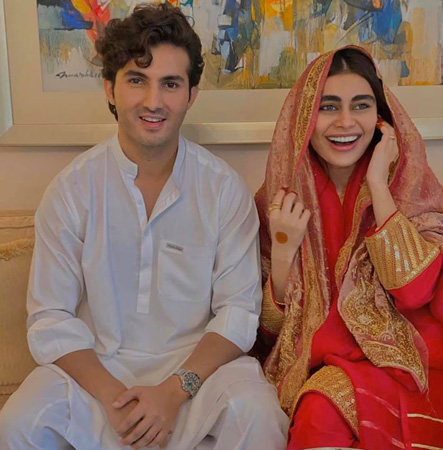 Popular actor Feroze Khan has something to say about the latest celebrity wedding of Shahroz Sabzwari and Sadaf Kanwal.

During an Instagram Q&A session, a fan asked the actor about his opinion on the couple’s wedding.

He responded by saying that people at times become too nosy and they should let the newlyweds be.

“They called it off and I am sure even Syra has a billion options for her. It doesn’t matter. We should keep to ourselves,” Feroze added.

Since Sadaf and Shahroz announced that they have tied the knot on Sunday, they are trending on Twitter and their nikkah photos are doing rounds on social media.

This is the second marriage of Shahroz after he and Syra Yousuf announced ending their eight-year marriage citing ‘irreconcilable differences’ in March. They have a daughter named Nooreh.