Journalists covering US protests find themselves under attack 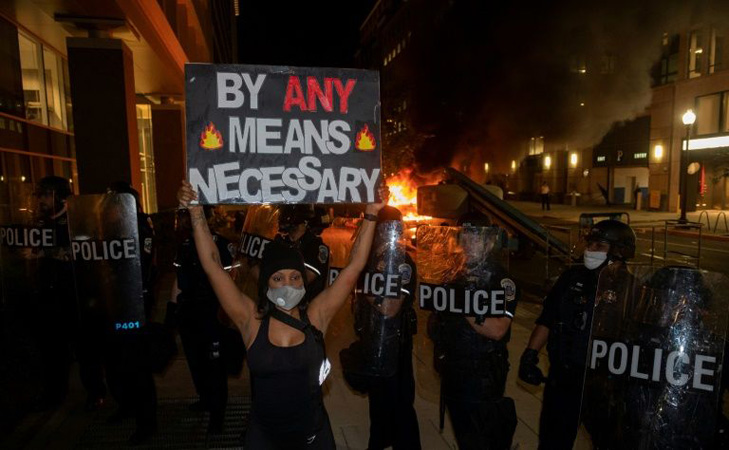 Journalists covering nationwide protests over the death of a black man at police hands in Minneapolis have found themselves under attack, by police and at times by protesters.

The arrest and handcuffing Friday of a black CNN journalist by police in Minneapolis — even as he was reporting live on camera following the death of George Floyd — may have drawn the widest coverage.

The journalist, Omar Jimenez, was released an hour later after the Minnesota governor personally intervened.

But there have been several other serious incidents across the country, notably in Louisville, Kentucky, where a riot-squad policeman fired what appeared to be pepper-spray pellets at a local TV crew filming the scene.

“I’m getting shot!” Kaitlin Rust, a reporter with local TV channel WAVE-3, cried out on camera.

And in Minneapolis, freelance journalist Linda Tirado was struck in the left eye by a rubber bullet fired by police, and said later on Twitter that she had permanently lost vision in that eye. “Authorities in cities across the US need to instruct police not to target journalists and ensure they can report safely on the protests without fear of injury or retaliation,” said a statement from the Committee to Protect Journalists (CPJ). Members of the media have also come under attack by protesters. In Pittsburgh, Pennsylvania, photographer Ian Smith said he was subjected to a beating until other demonstrators came to his defense.

In Atlanta, the headquarters of news network CNN was attacked Friday by several dozen people. Someone in the crowd lobbed a flash grenade into the building’s lobby as police stood guard there. And on Saturday morning, a Fox News journalist who was reporting from a position in front of the White House was pummeled and chased by demonstrators until police intervened.